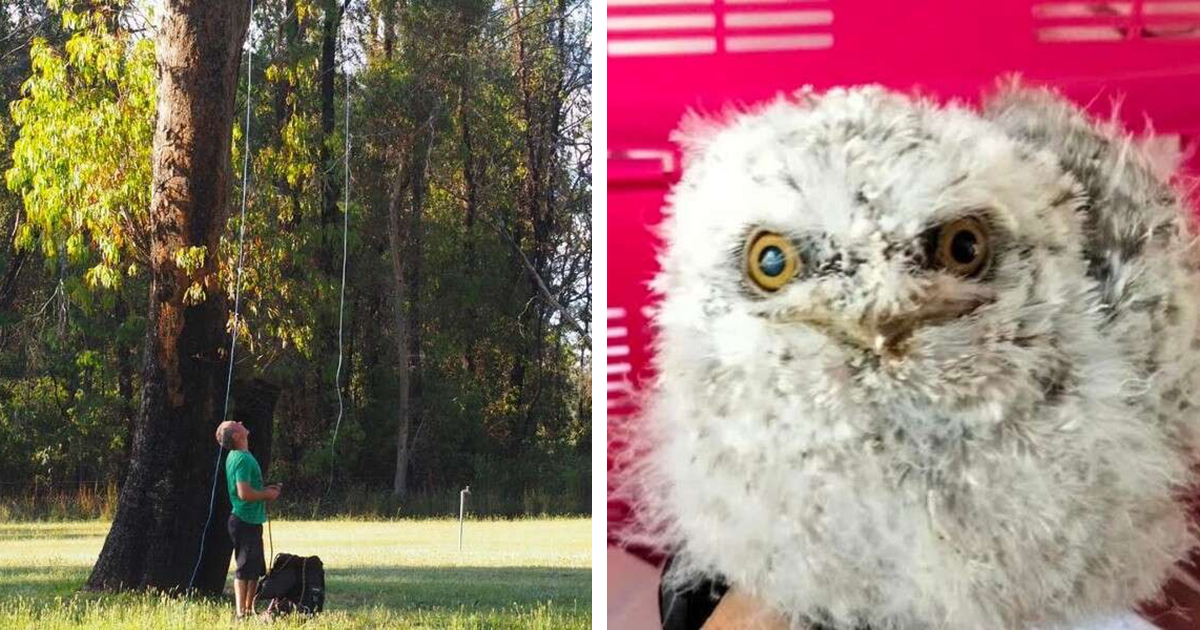 Stuck on the ground, an Australian Frogmouth chick gazed out at its nest in the tree above. Unable to fly, the baby bird remained where it was, perhaps worried that it would never be able to return home.

But the little bird needn’t have worried. Indeed, a good Samaritan spotted the fallen baby bird and called the local wildlife rescue organization, WIRES. When rescuers arrived, they were saddened to see the baby bird alone, but not surprised.

“Fawn adults build a very basic nest, which can be quite flat and usually located in the fork of a tree or branch,” a WIRES rep explained. “It is not uncommon for the WIRES rescue office to receive calls for a baby bird that has rolled over the edge of a nest”

Rescuers moved the baby bird into a carrier, where they were able to assess its injuries. The little bird seemed to be doing very well, despite his exhausting ordeal. He was quickly given the green light to return to his nest. But reuniting the bird with its family was complicated. 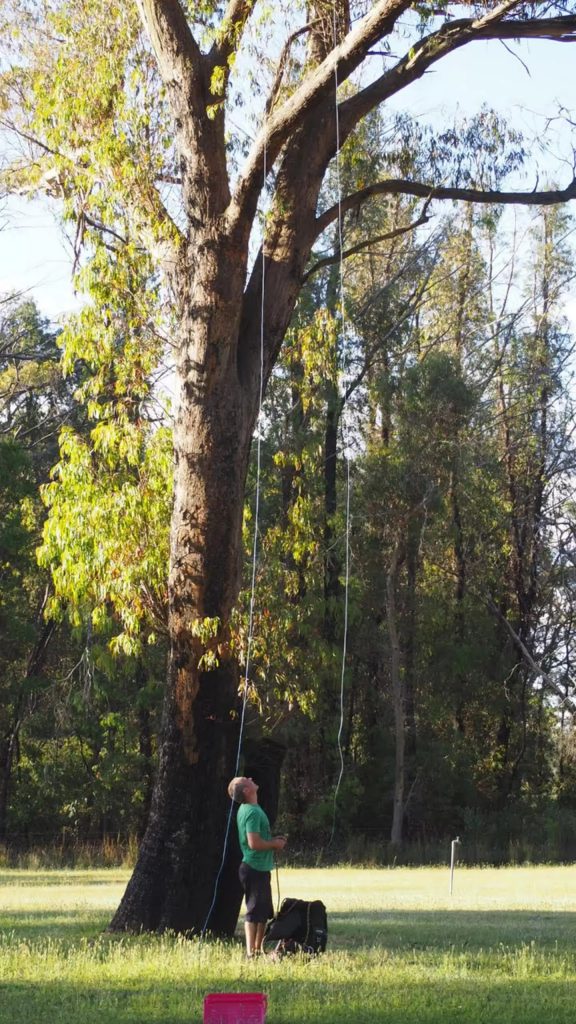 “It must be determined whether the parents are still around, as they may have abandoned the nest,” says the WIRES representative. “The process of returning the baby bird must be done discreetly and quickly to ensure as little stress as possible for the parents. The other most difficult aspect is reaching the hard-to-reach nesting sites, which are often in very tall trees.” 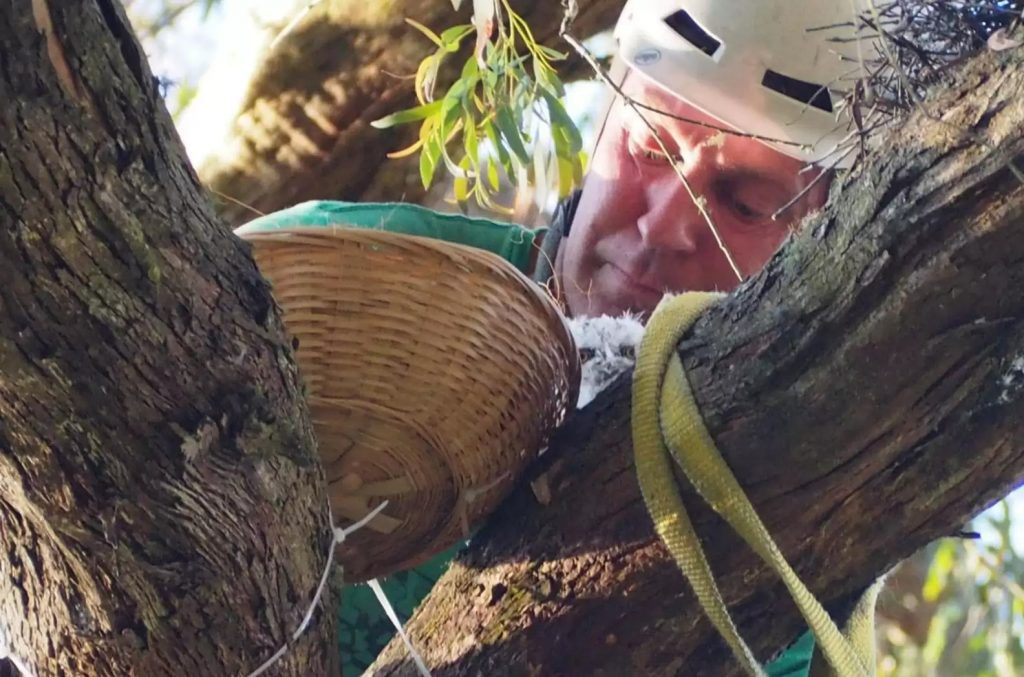 WIRES called a local arborist, who prepared to return the baby bird to the nest. He climbed the rope along the massive tree. When he got to the top, he was brave enough to see another little chick – the rescued bird’s sibling – staring at him. Soon the two birds found themselves together.

The WIRES staff were so happy to see the chick back in her place. 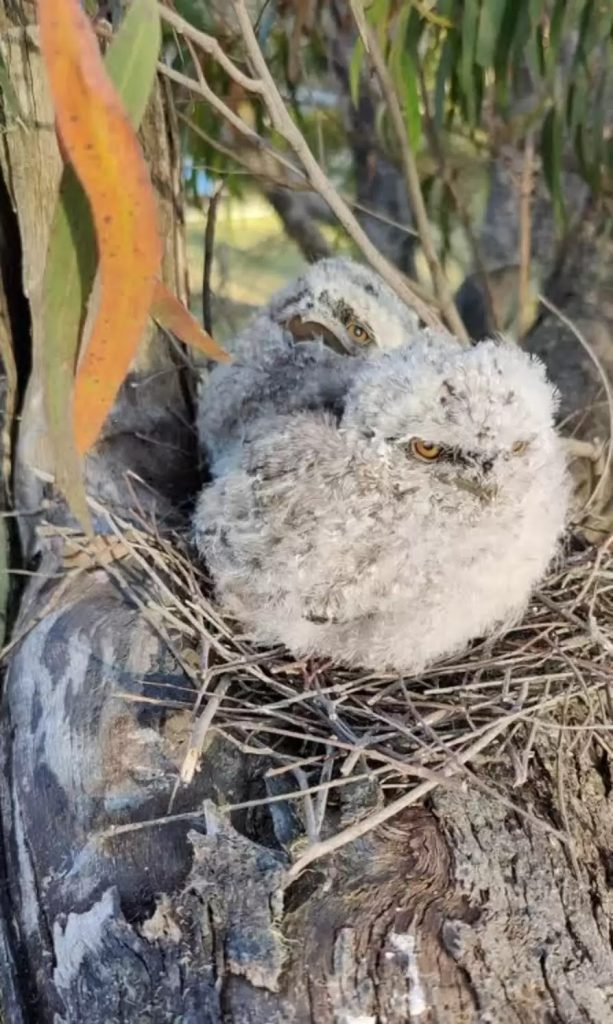 “This is an exhilarating and satisfying time for any wildlife volunteer,” the rep said.

The rescue organization was happy that the Good Samaritan knew how to call them. 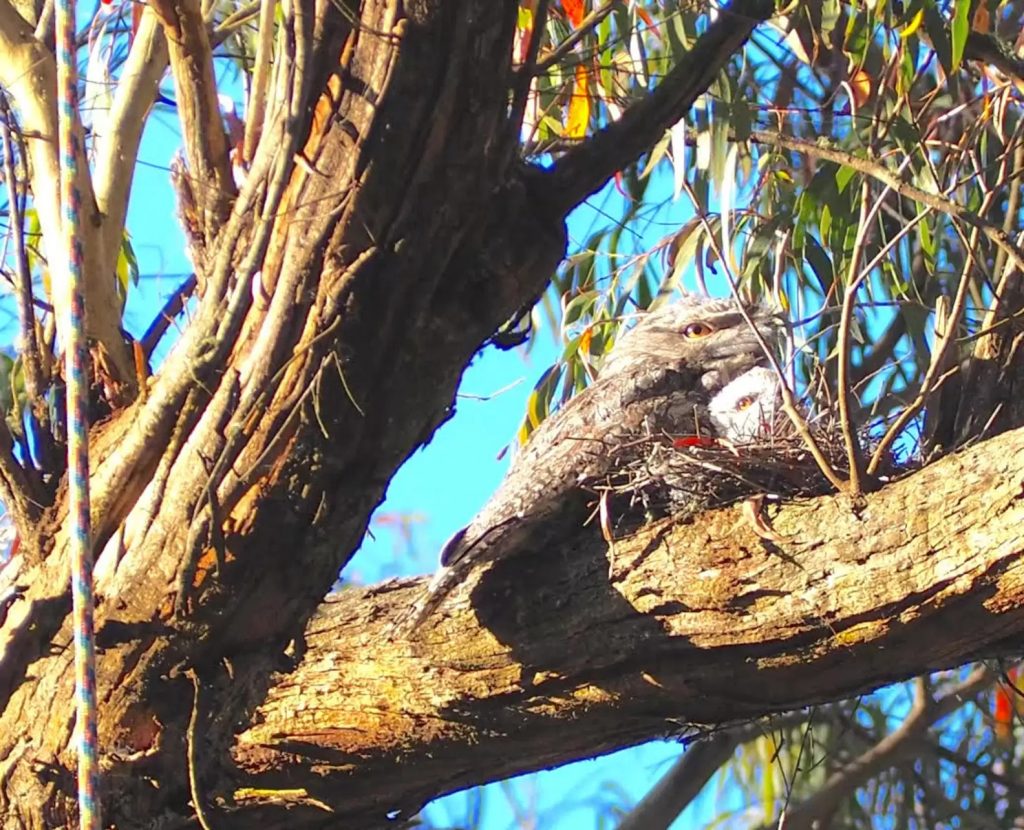 “The first thing to remember is that wild animals are not like pets and are likely to peck, bite and scratch, especially if injured,” the rep said. “It’s always best to call the nearest wildlife rescue group.”

It’s easy to see an animal in danger and keep walking. But it’s also easy, and much more rewarding, to intervene – to tell someone, to get help, to do whatever you can. Because for this little chick and his family, a call made all the difference.