Parents want their children to always be well brought up and educated.

But the approaches of mothers and fathers on this issue are different and it happens that the means used by parents are criticized by others.

This single mother has been criticized for teaching her baby boy to clean.

Nikkole Paulun lives in Michigan with her six-year-old son.

One day, the young mother shared on her social media page the moments captured by her when her little boy was doing household chores.

“Each person needs to know how to clean so that they can not only take care of the house and themselves, but also learn equality and be more independent,” the mother wrote.

According to Nikkole, little ones should learn to do laundry, dishes, cooking and other household chores from early childhood.

This is how, as they grow up, they can become good hardworking men. 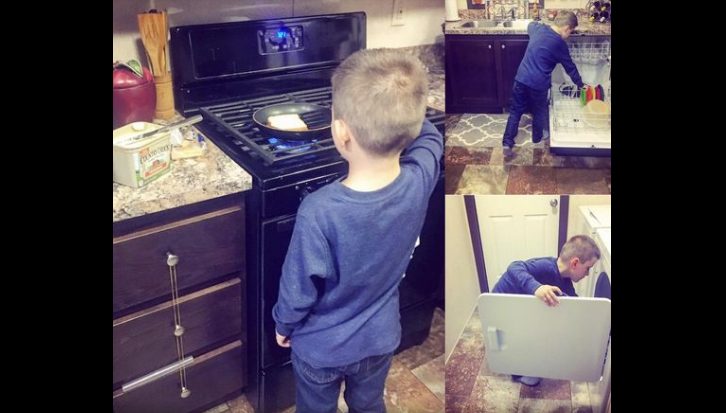 Nikkole said she was against dividing jobs and roles according to gender.

The photos shared by the mother have had several comments. There were users who criticized the mother, writing that the little one should not be deprived of his childhood.

But there were those who shared his opinion, saying that they were useful lessons, because growing up the child would be able to face many difficulties. 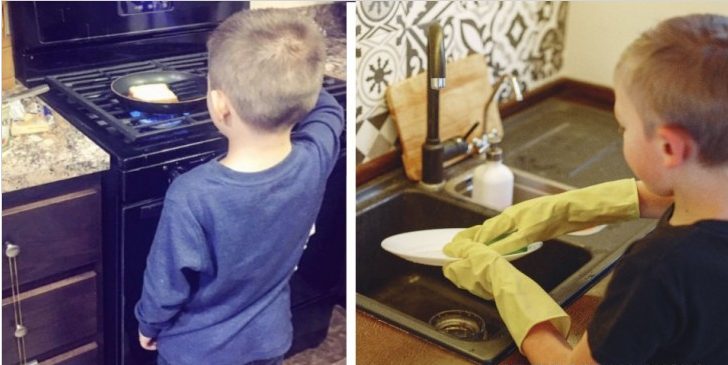 And how do you think children should learn to clean?