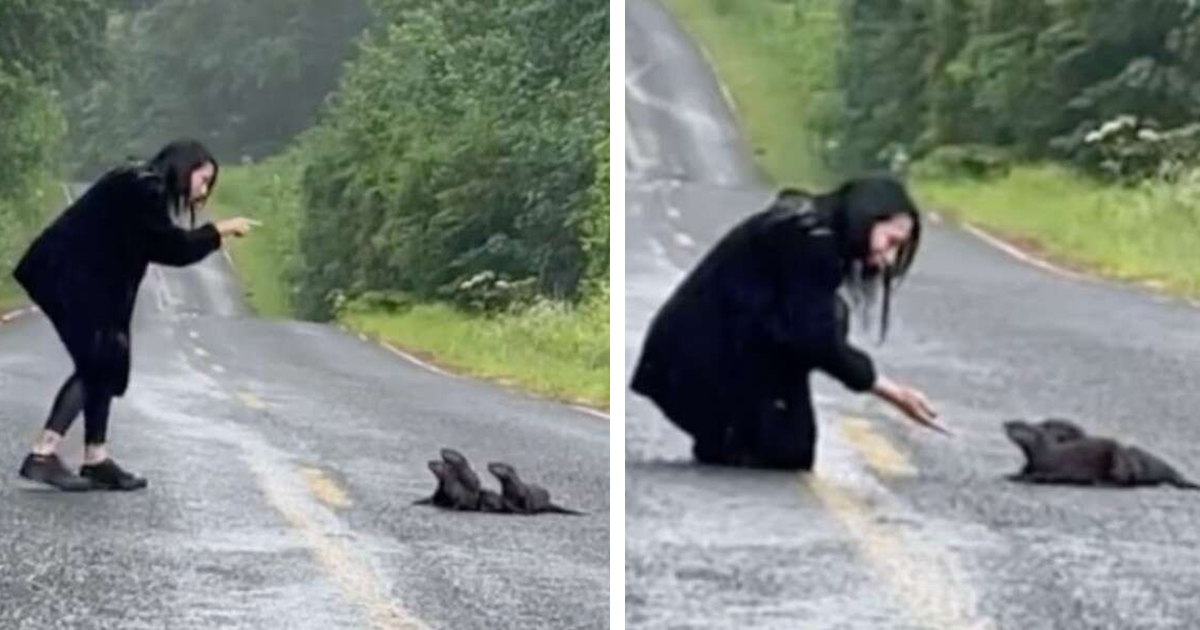 Natalie Thérèse and her companion were returning from a walk when they were surprised to see a large hairy object in the middle of the road, in the fog.

They had been abandoned in the driveway, so she approached them.

She saw the mother otter run away from an oncoming car. The young children didn’t know what to do, so they cowered in the road. They then observed the scene from the nearby forest. 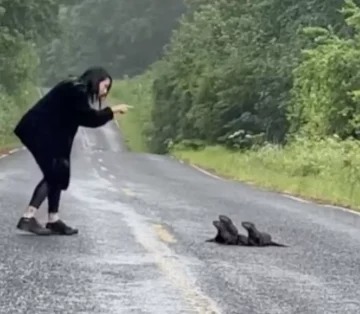 The woman decided to help them and started giving instructions to the little ones, who were running in the right direction.

Thérèse stood beside them and led them to their mother, waiting for each of them to think about what to do. 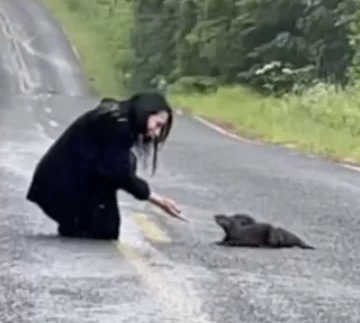 “I stayed by the car until the mother came out and the three children ran down the road together. I waited a few more minutes to make sure they weren’t back on the road.

“I was so moved that I couldn’t stop crying” – said Therese. Nature and all living beings are so beautiful. 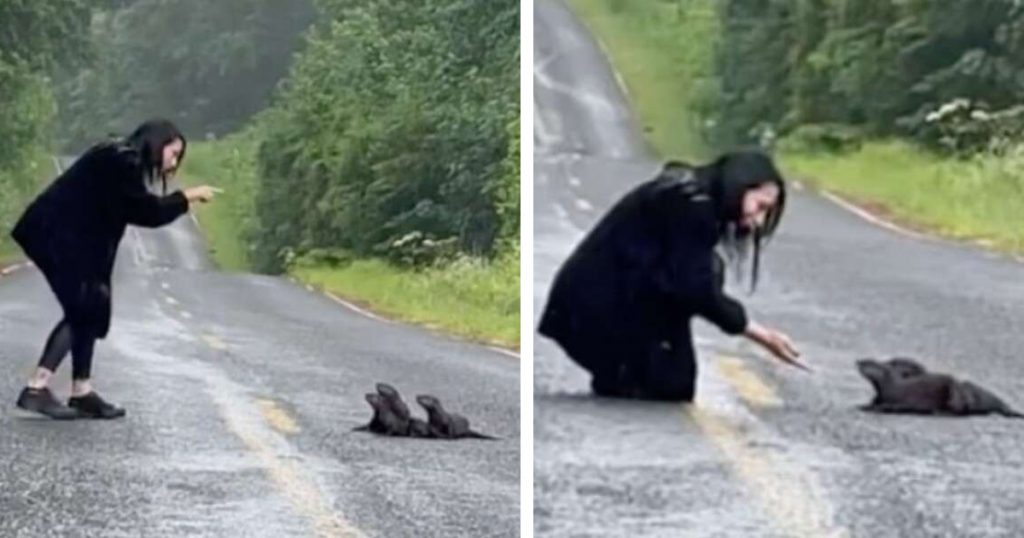