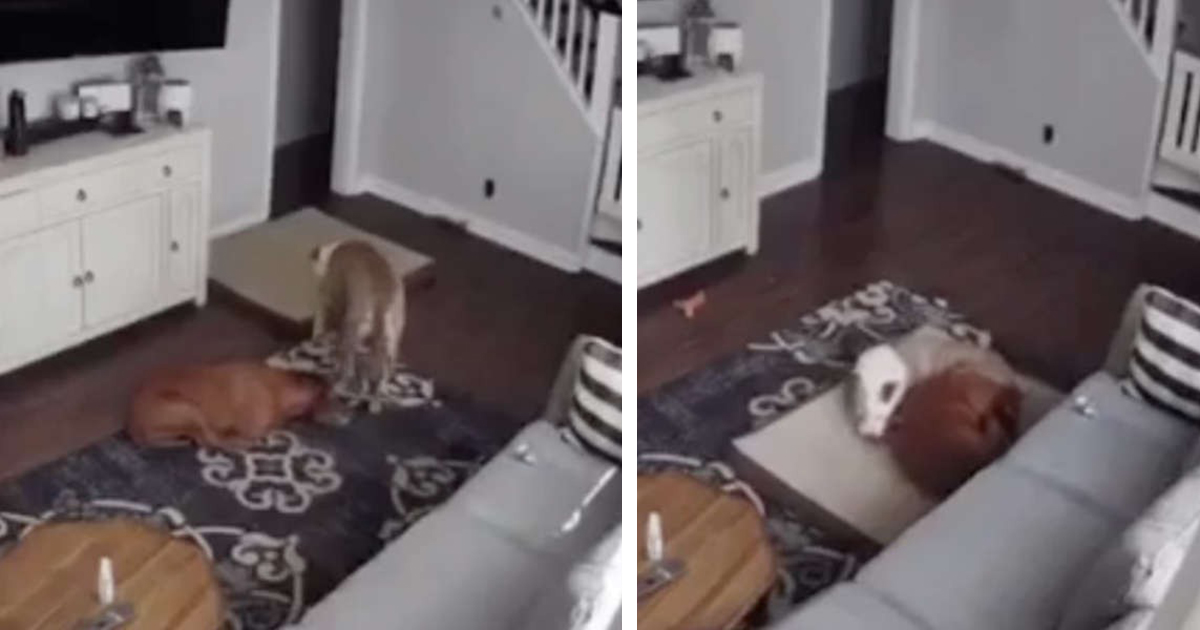 Spanky has adored and embraced his older brother Roman since they were siblings. He followed Roman wherever he went and was happiest when they were together. Roman is definitely Spanky’s security blanket.” Roman and Spanky’s niece, Jackie Rogers, said so. Spanky never does anything without Roman, he always makes sure Roman is nearby and if not, he stands nearby.

About two weeks ago, Roman’s ears were slightly swollen and watery. His mother therefore took him to the veterinary office, where a hematoma was discovered in his ear. Alas, while waiting for the operation, his ears continued to deteriorate and poor Roman got into an increasingly uncomfortable situation. 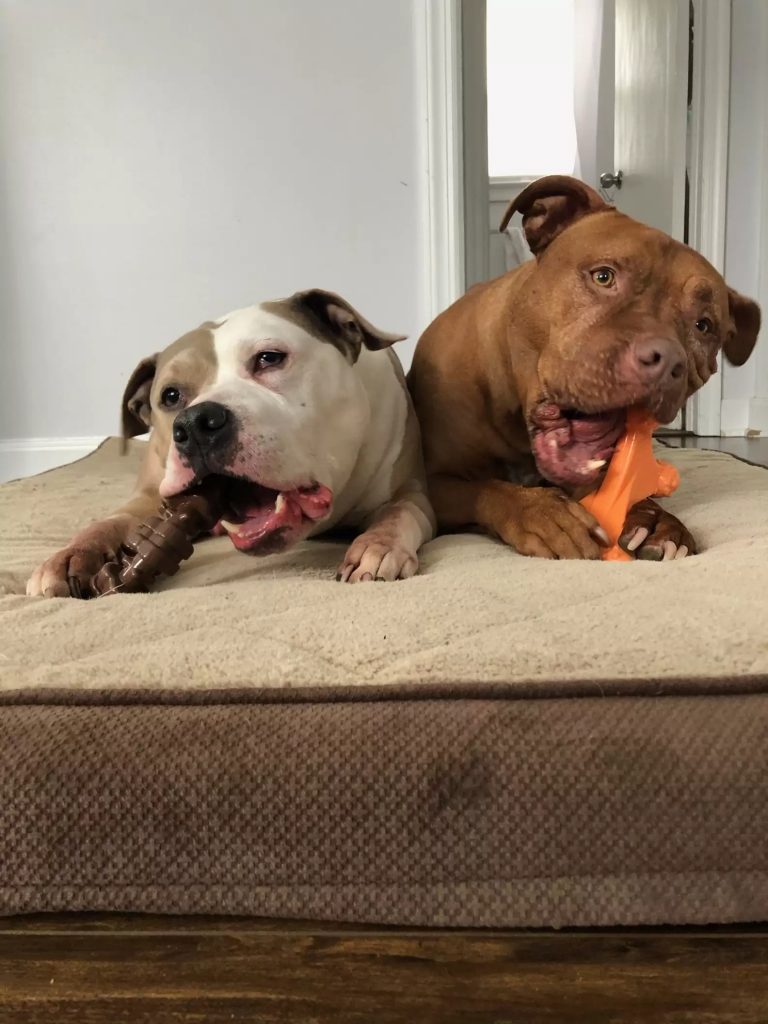 Initially, Spanky didn’t notice the change, but as Roman’s ears got worse, everyone noticed that Spanky became more affectionate and caring towards his best friend. 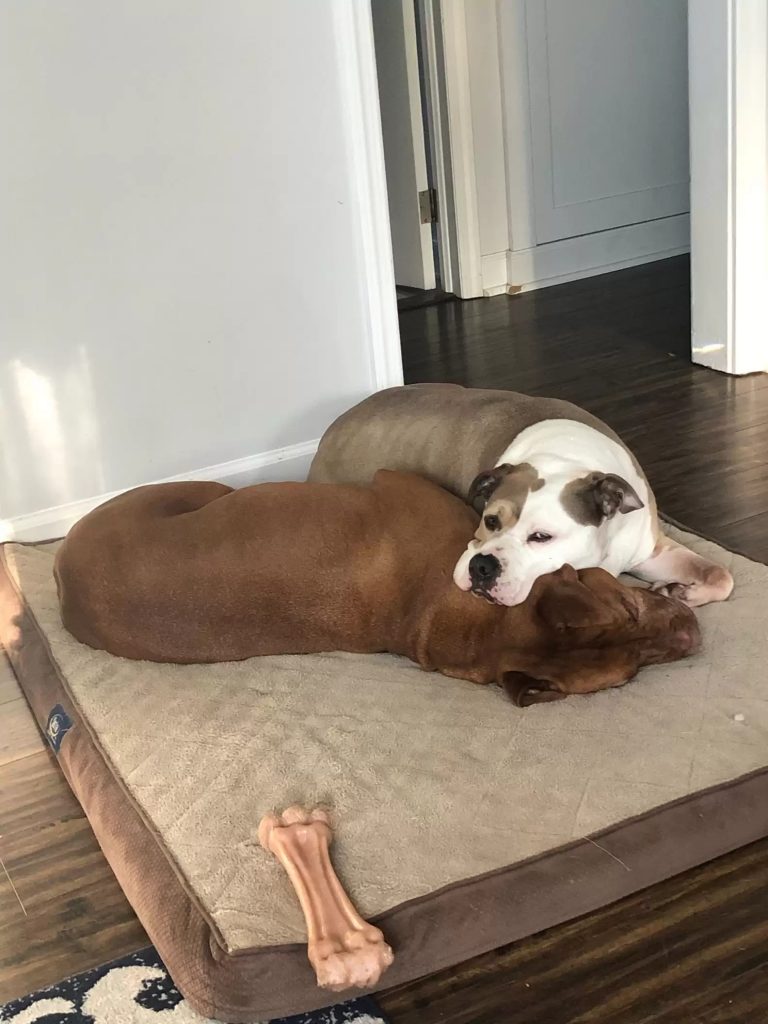 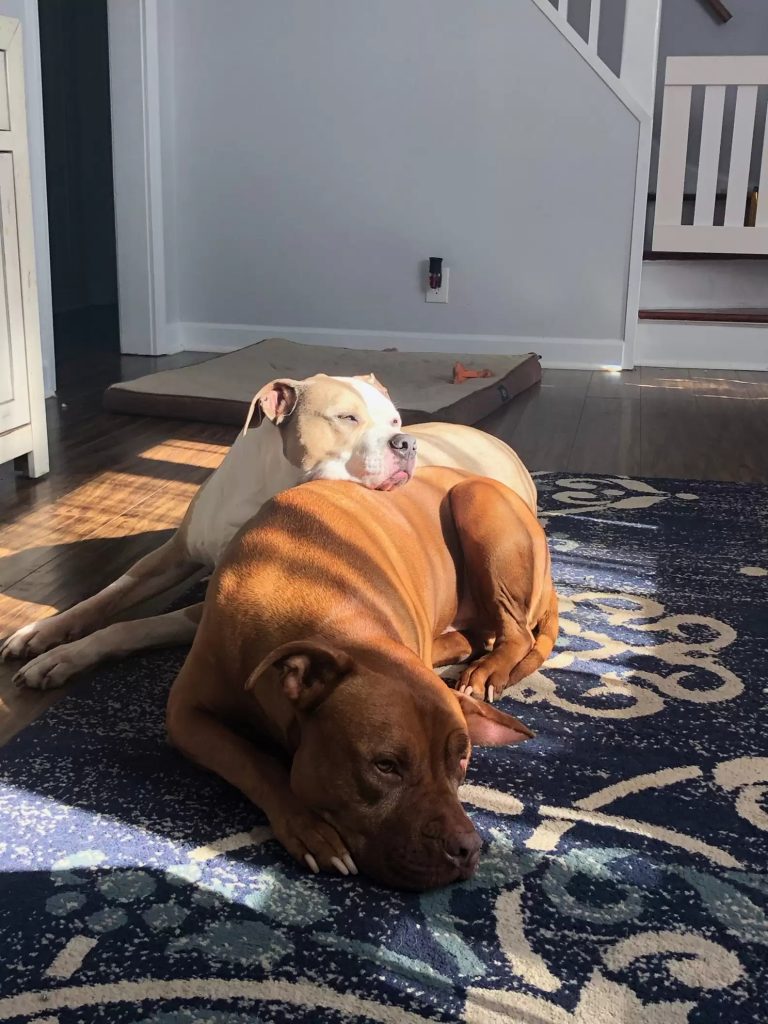 Spanky was worried about his brother and wanted to make him as comfortable as possible, so he brought his own bed so his brother wouldn’t have to move.

Spanky brought the bed to Roman around 10 a.m. and when Rogers came home that evening, he was still cuddled up in bed with him. Spanky knew his brother wasn’t well, so he was determined to stay with him until he was better and would do whatever he could to keep him safe and comfortable in the meantime.