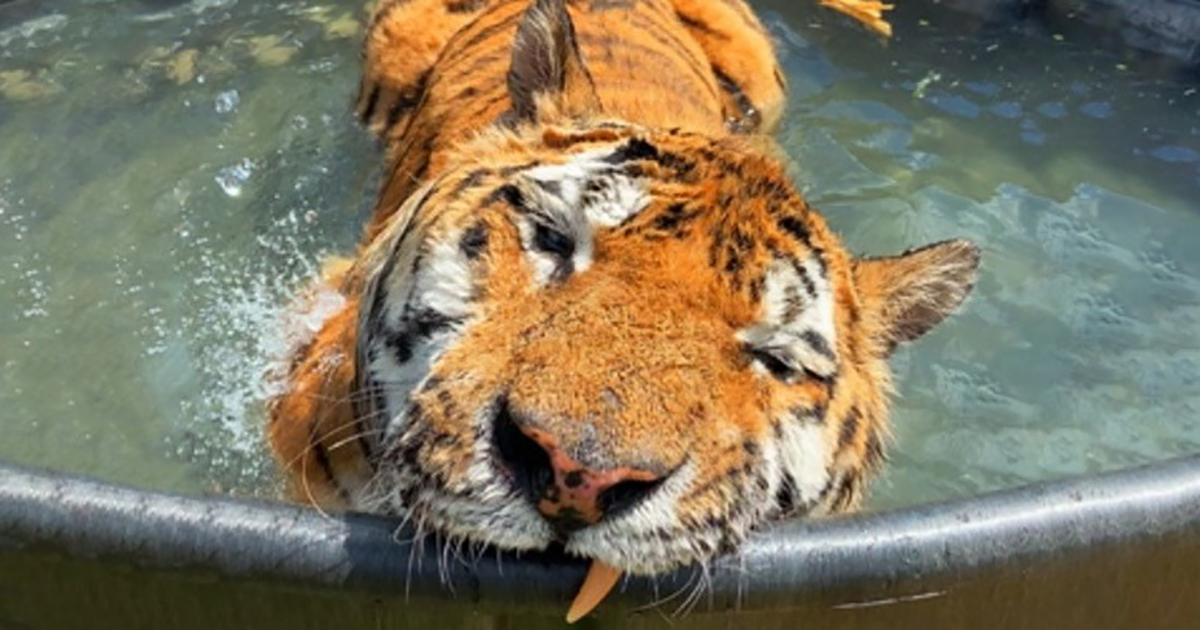 Marcus, an adult tiger, was originally purchased as a pet, but when he grew too large to handle he was given to a breeder. When he was rescued he had his first outdoor bath and he loved it! “It’s like a baby swimming for the first time.” But he was an adult tiger experiencing something he had never experienced before.”

“Marcus ran to the reservoir to investigate. Inhale it The keeper put some wood there to encourage him to participate.” “Within seconds he was jumping in water up to his neck and, damn it, he loved it.” Years of living in a small cage on a hard surface had taken a heavy toll on his joints and spine. “He was playing with the hose that still filled the pool, biting and playing with the splashes. He loves toys in the pool. He loved water.” “I think he’s waited his whole life for this pool. It was probably his best day. We got a call saying big cats needed a home.”

“When we first met Marcus he was in a mud hole and the cage was leaking a bit. He was worried. He was underweight and had open sores.” “When he was released into his new habitat, it was time to bring him back to the sanctuary. Wow, that was amazing.” The feral cat shelter said he and Winona had gone too long without adequate protection from the elements. Marcus had nowhere to run, jump or climb on platforms, grass or hills. His physique would have been strengthened by such activities. 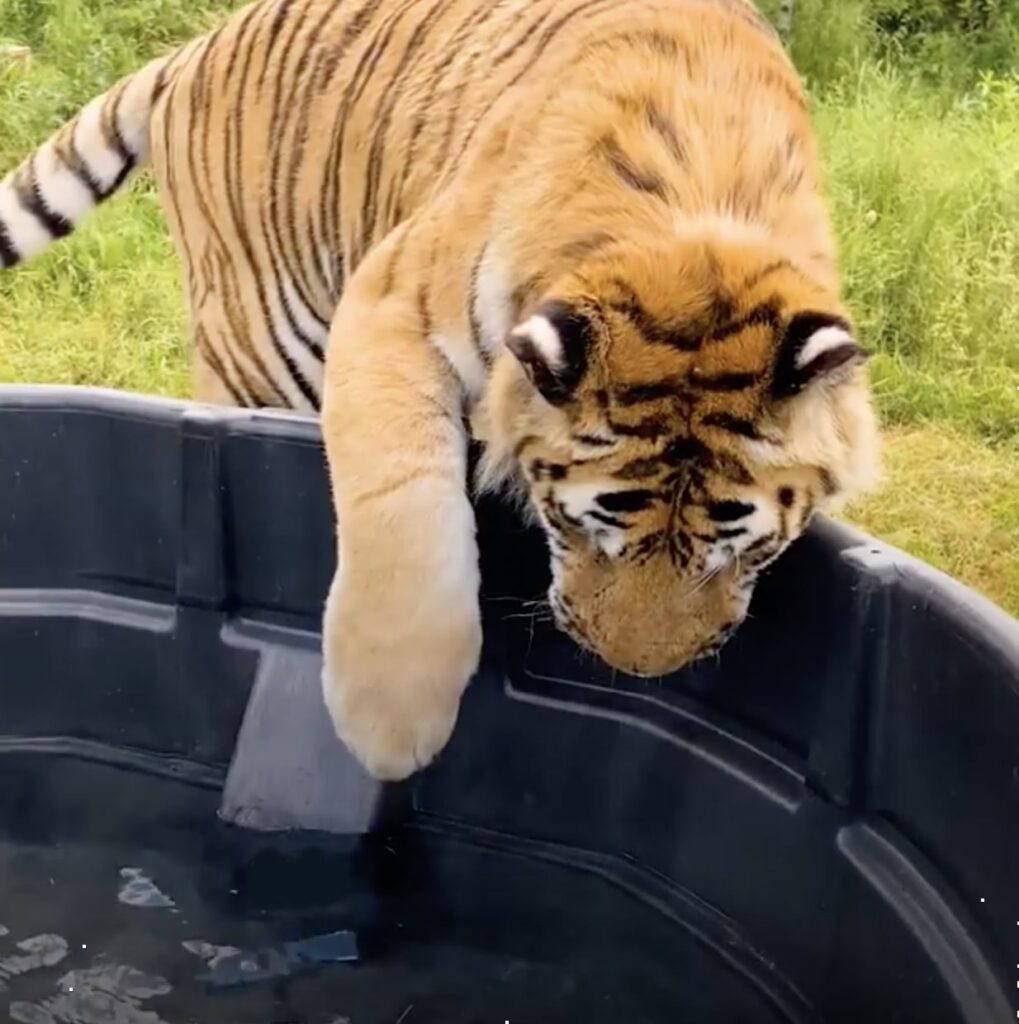 “He patrols the whole habitat. He can feel everything. He will go in any tiger’s bed. That’s what it’s made for.” “Marcus is a former pet who was bred for his young to be sold on the internet in roadside zoos and as pets. So we were happier than we could have imagined when we saw that he had discovered his tiger abilities.” 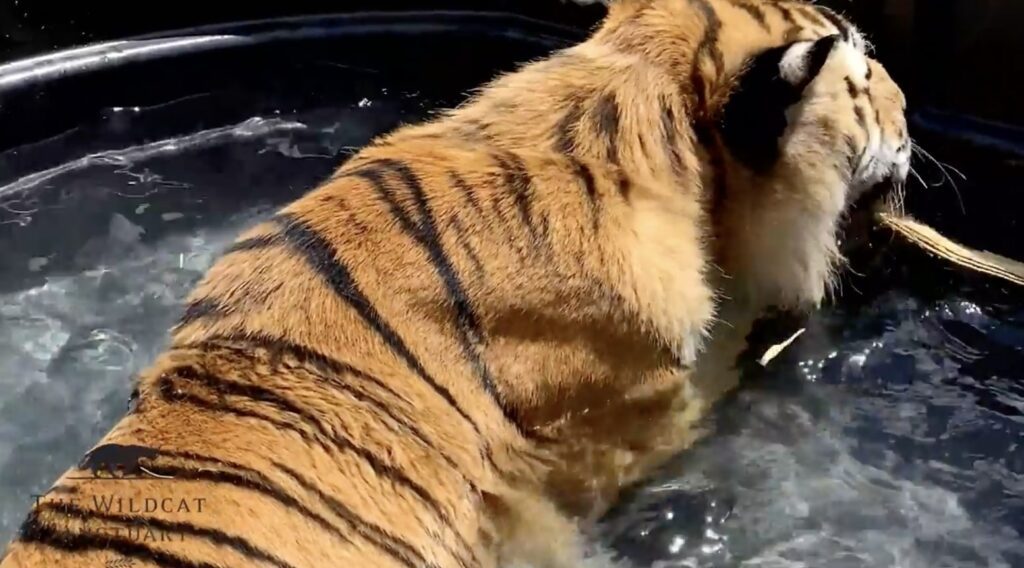 “Marcus is an older tiger and has recently suffered a back injury, but has been very patient with his rehabilitation and has come back stronger than ever. “We think Marcus deserves a big award. And what could be better for Marcus than to gift him his greatest tiger ice cream with all his favorite flavors and let him enjoy it in his own backyard.” 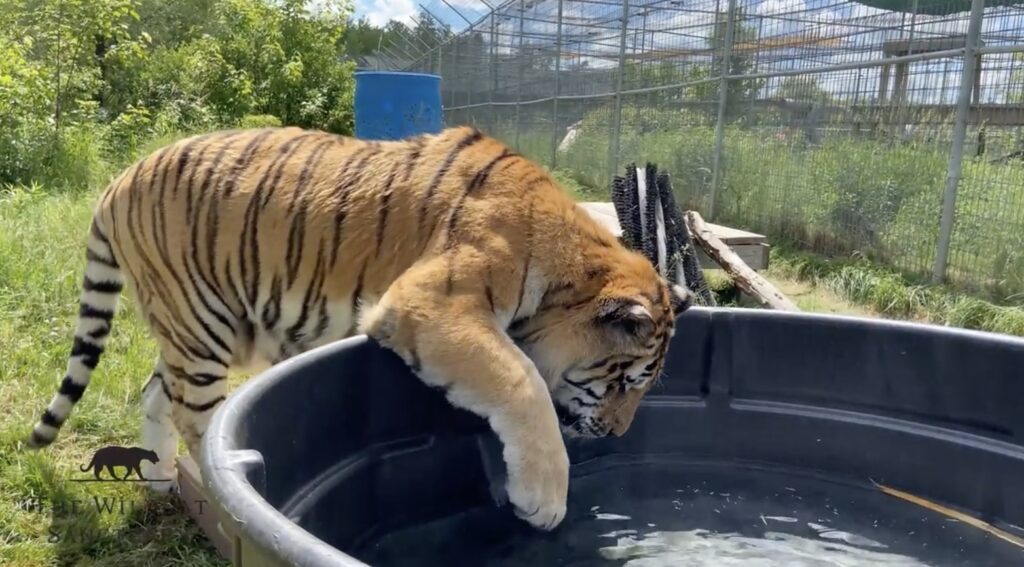 “Marcus is one of the most amazing, kindest and happiest tigers we have ever rescued.” “Marcus represents the world to me. He has my heart.” He found the greatest happiness I have ever seen in a tiger.” “He showed me that happiness is possible everywhere if you choose to accept it.”