Parents try for their children to grow up fully educated. But the methods of education among the parents are quite different.

And sometimes the measures used can be criticized by people.

Nicole Polun, a single woman, lives in Michigan with her six-year-old son. She doesn’t want her child to be raised on cotton wool.

The mother explains to her small child that each person must be clean and must do the housework. She wants her son to be able to sweep, do the dishes, clean the dust.

One day, Nicole took a picture of her son doing chores and shared those moments on her Facebook page.

“Each individual must know how to clean and take care of themselves not only to clean and be independent, but to learn that the work must be shared equally between two sexes,” the mother commented under her shared photos. 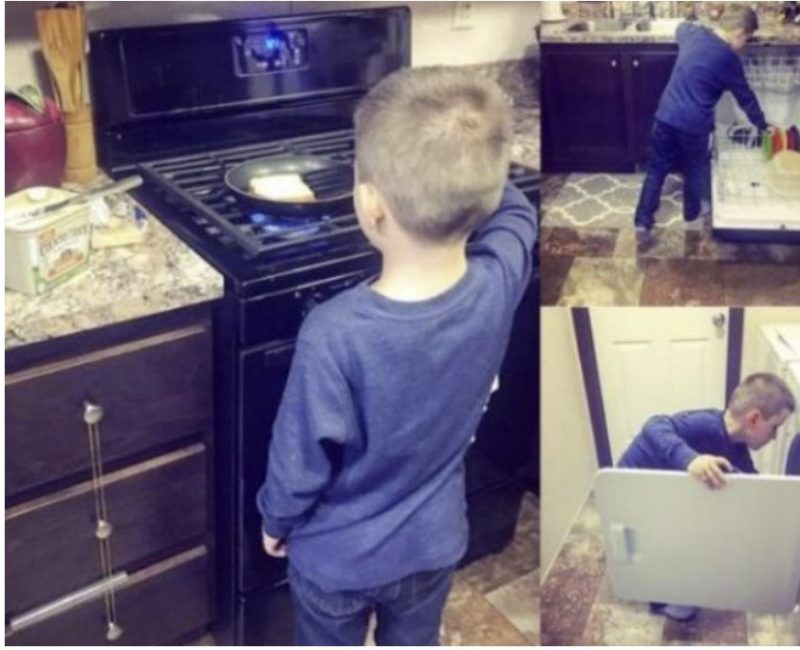 According to this mother, children should know how to cook, wash dishes, do laundry and do other household chores from an early age.

“The boy who can’t do anything, growing up, can never become a hardworking man,” Nicole said.

The woman wrote that she does not agree with all those who say that roles in society should be divided by gender. 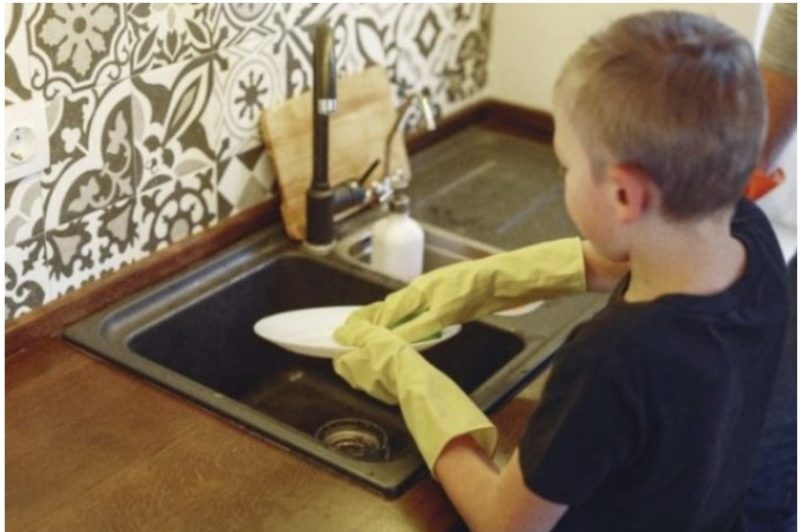 The photos, published on the Internet, have had many comments. A large number of users criticized the woman, saying that the little one should not be deprived of his childhood.

But there were those who agreed with the mother and wrote that as they grow up, children are able to face any complexities in life.