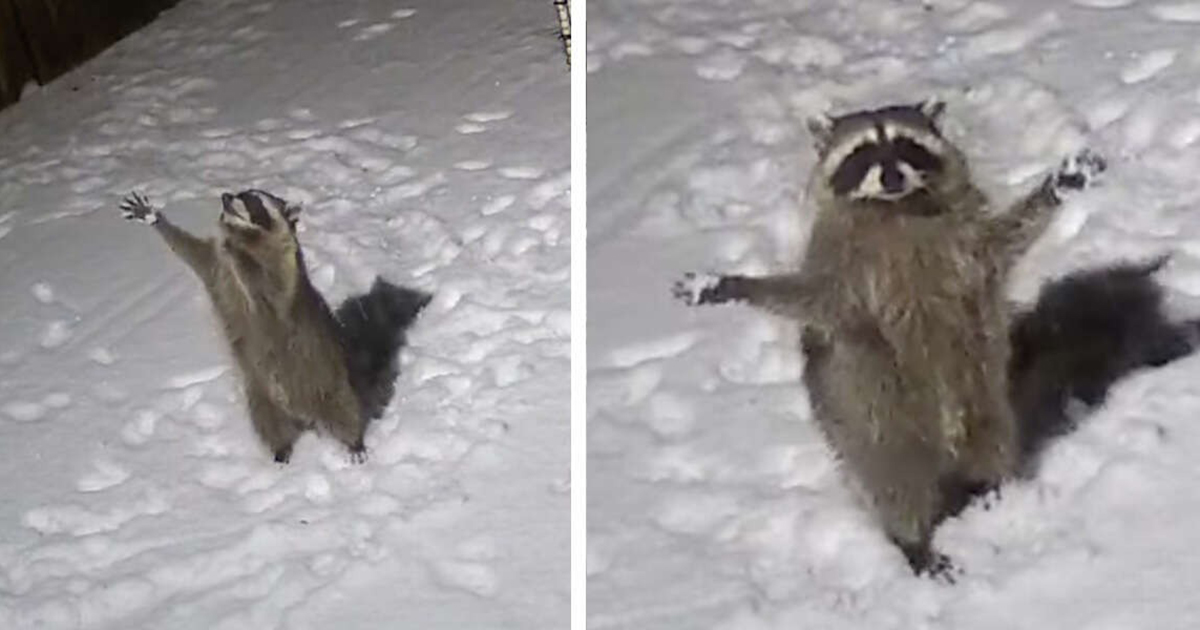 The other night, Timothy Ellis was working on his computer at his home in Washington state when he noticed something on one of his security cameras outside.

Indeed, the camera had picked up the movement of a masked person sneaking into Ellis’ garden – but it wasn’t scary.

In fact, it was quite the opposite.

The visitor, of course, was a raccoon. They are quite common around Ellis’ house. But as Ellis looked through the camera, he began to exhibit unusual behavior.

“He started kicking the sky,” Ellis says. “When I realized he was actually chasing snowflakes, I mostly thought I absolutely had to save this video because I knew other people would love to see it. It’s definitely not something you see every day”.

It seems that the falling snow has filled the raccoon with adorable wonder:

Interestingly, at this time, Ellis and the raccoon had something in common: they had both put what they were doing on the back burner, pausing to appreciate the beauty of the nature unfolding before them.

And in the end, it impressed Ellis.

It’s easy to get used to the ‘city animals’ you often see and think of them as background noise,” he said. “It’s fun to capture a moment like this, and remember that even wild animals can have fun and show a little personality.”