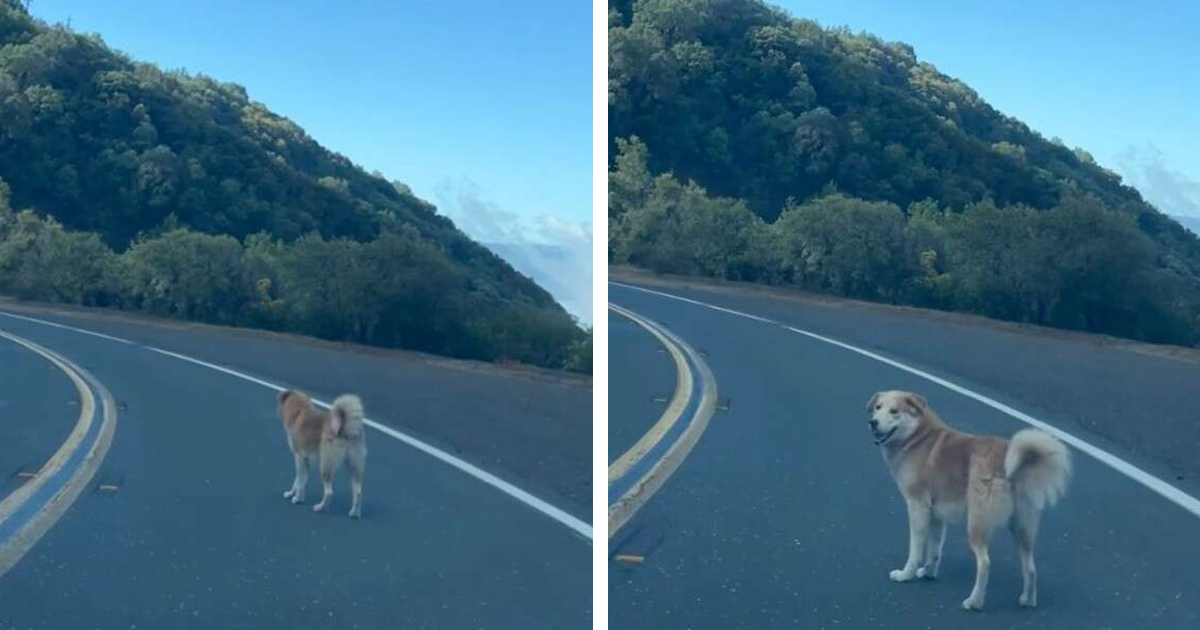 While driving through the winding roads of the Northern California mountains, local animal rescuer Jenna Rezzonico noticed a furry blur dangerously close to the road.

As she got closer, she saw him more clearly – a nice brown dog all alone on top of the mountain.

Jenna Rezzonico, who runs Rezzi Rescue, knew she had to help. Fortunately, another Good Samaritan had also seen the dog and stopped. Jenna Rezzonico and the Good Samaritan managed to get the dog off the road and into their car. Then they waited for the arrival of the SPA. Mrs. Rezzonico took dog food from her car, and the pup began to eat gratefully.

“He was super hungry,” says Rezzonico. “I could tell his collar had just been taken off because you could see the imprint of it.” 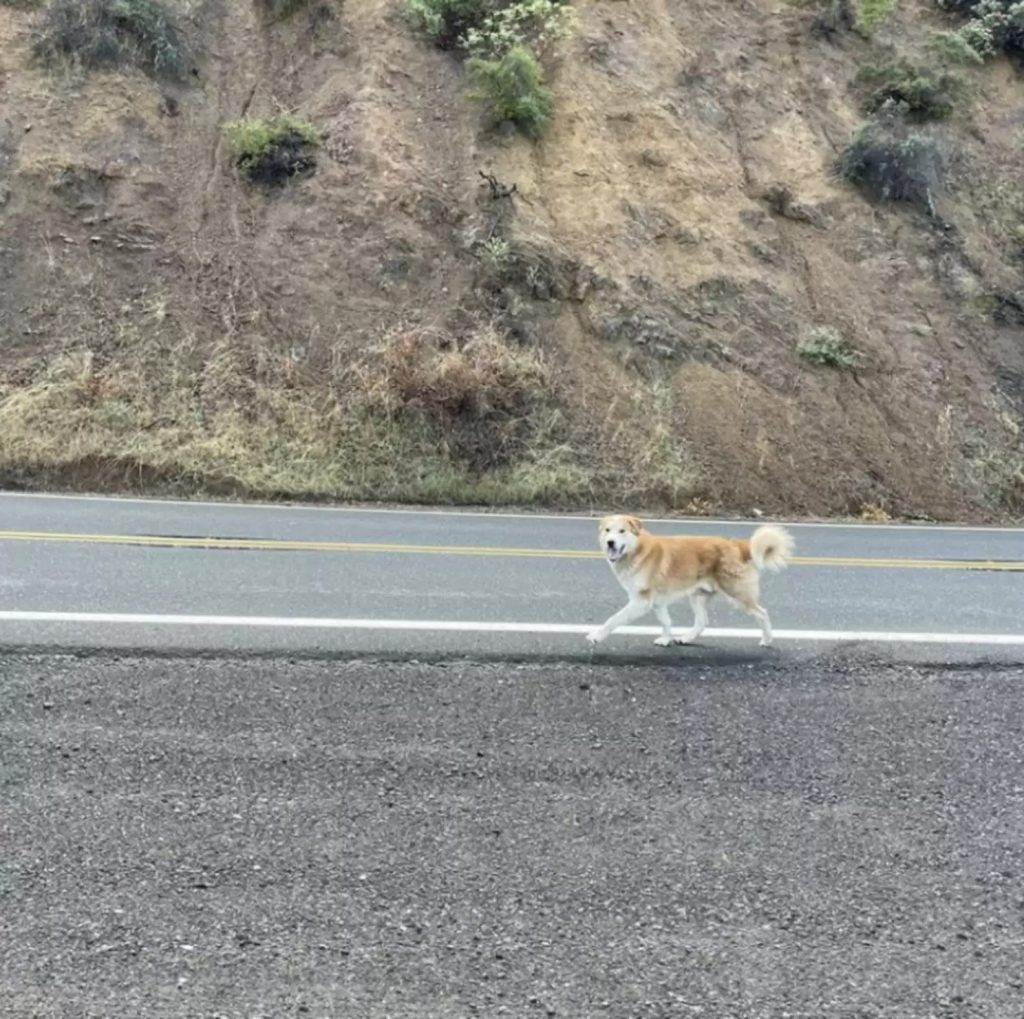 Despite his predicament, the dog, who was later named Marley, was so affectionate – he rolled over and begged for petting.

“He’s a very sweet dog,” says Jenna Rezzonico. “He also seemed a bit temperamental, perhaps because of his previous owner.” 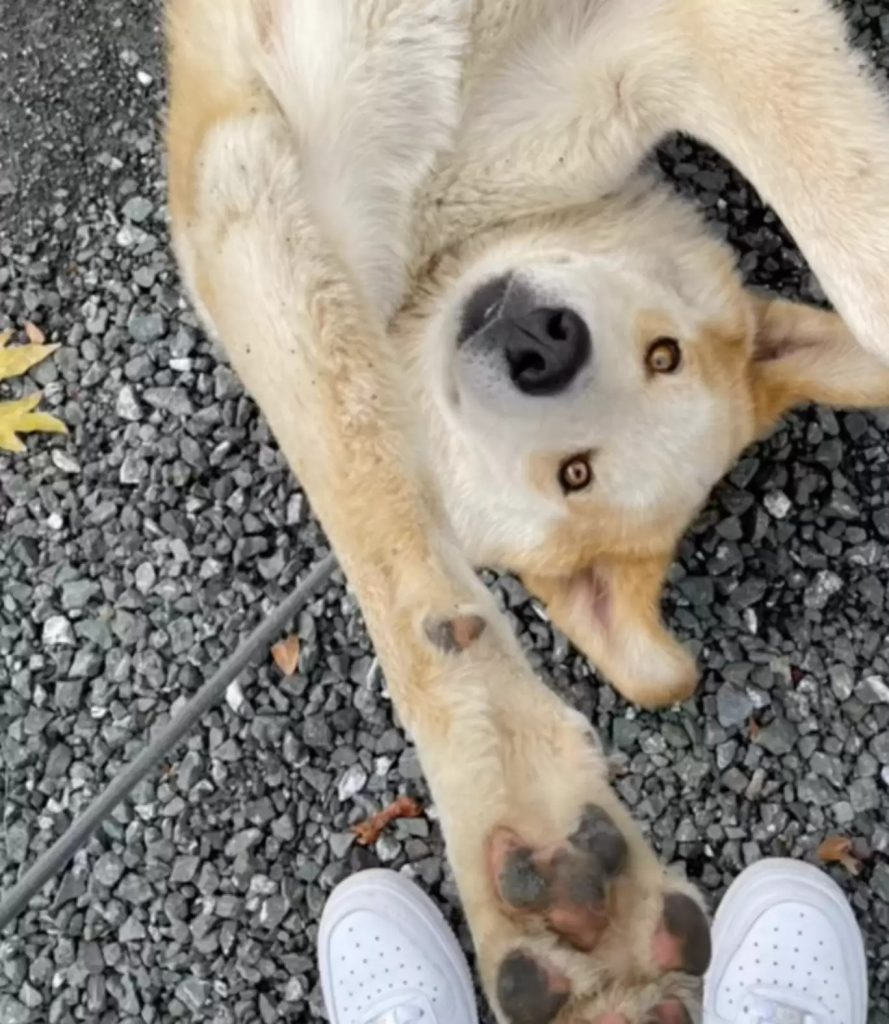 After animal control arrived, officers assessed Marley, confirming that the pup had been abandoned on the mountain.

Coincidentally, the Good Samaritan waiting with Rezzonico had a friend who was looking to adopt a dog. When Marley was ready to be adopted, the friend met him and realized he was the one.

Safe with his new family and new sibling, Marley can rest easy knowing he’ll never have to fend for himself again.