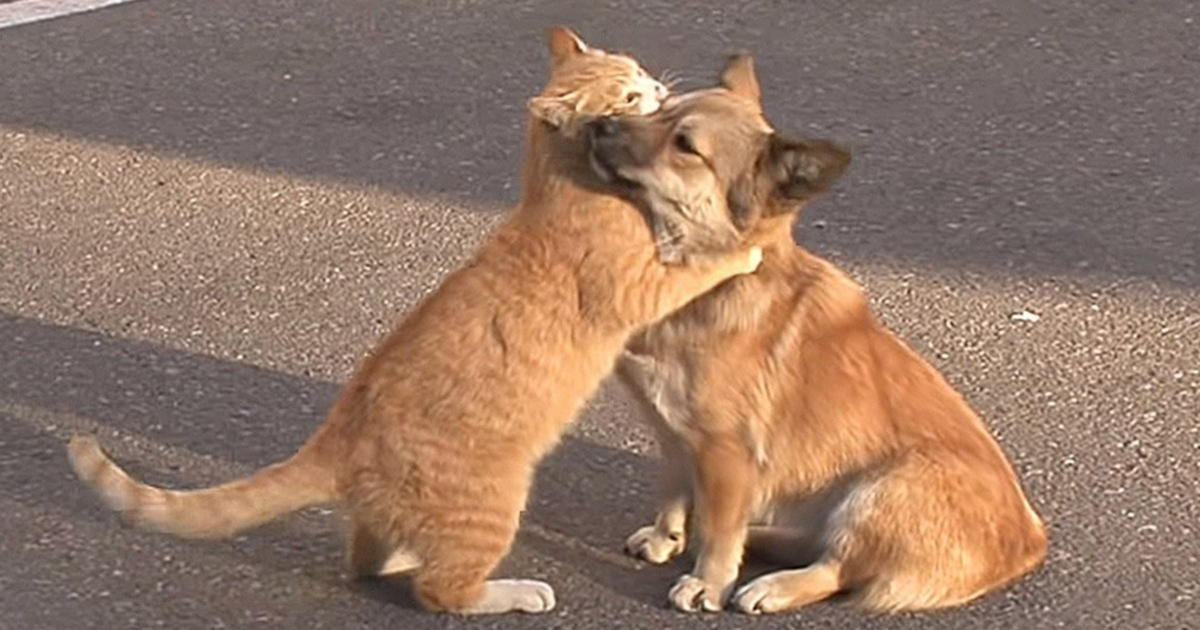 A cat has been filmed comforting a poor puppy, who was left on his own after his owners were forced to abandon him. This beautiful moment shows just how caring animals are for each other, even in the most desperate of times. Fortunately, the story ends well for the kitten and the puppy!

For nearly six months, this little pup was spotted wandering around the apartment building where he lived. Its owners were too old and sick to care for themselves, so they were relocated to an aged care center. Unfortunately they were not allowed to take their dog with them and therefore had to leave him. Nevertheless, the faithful dog waited day and night for their return.

Neighbors spotted the sad pup and some of them even offered him something to eat, but the most touching scene was when one of the residents noticed a stray kitten approaching the lonely dog ​​and offering his support. The caring kitten put her little paws around the poor pup’s neck, as if saying “don’t worry, your loved ones will find you eventually!”. 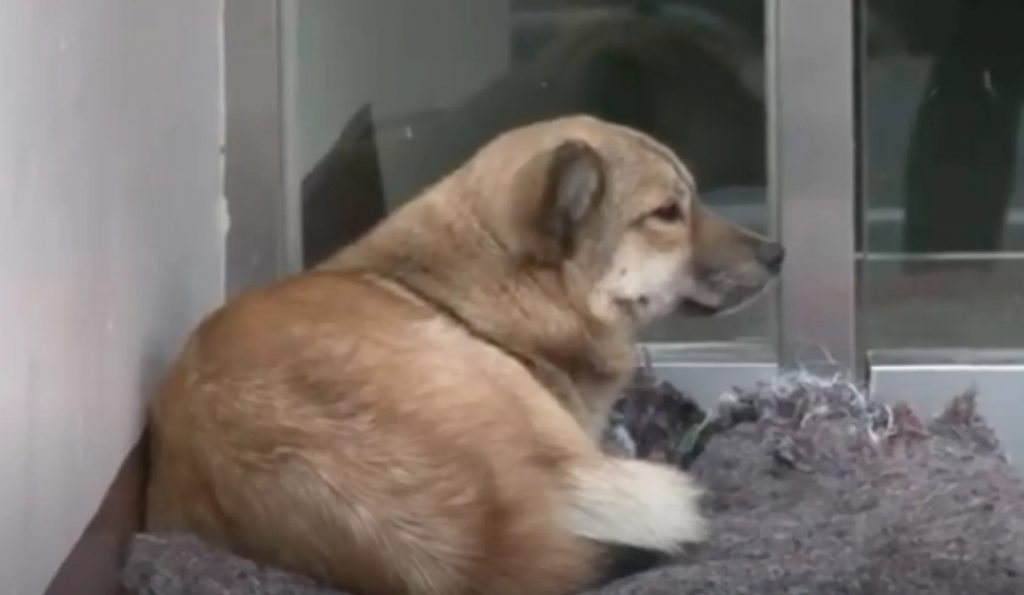 While the cat doesn’t seem to be familiar with humans, the puppy is very friendly. “They don’t leave here looking at something in the same place, but the weird thing is that every time people pass by, the dog tries to check everyone’s face, unlike the cat. fleeing”, explains a resident.

When the neighbors noticed that the dog and his new friend were still there, even six months later, they even built a tiny house for them. But the duo prefers to sleep on the stairs and keep warm against each other. 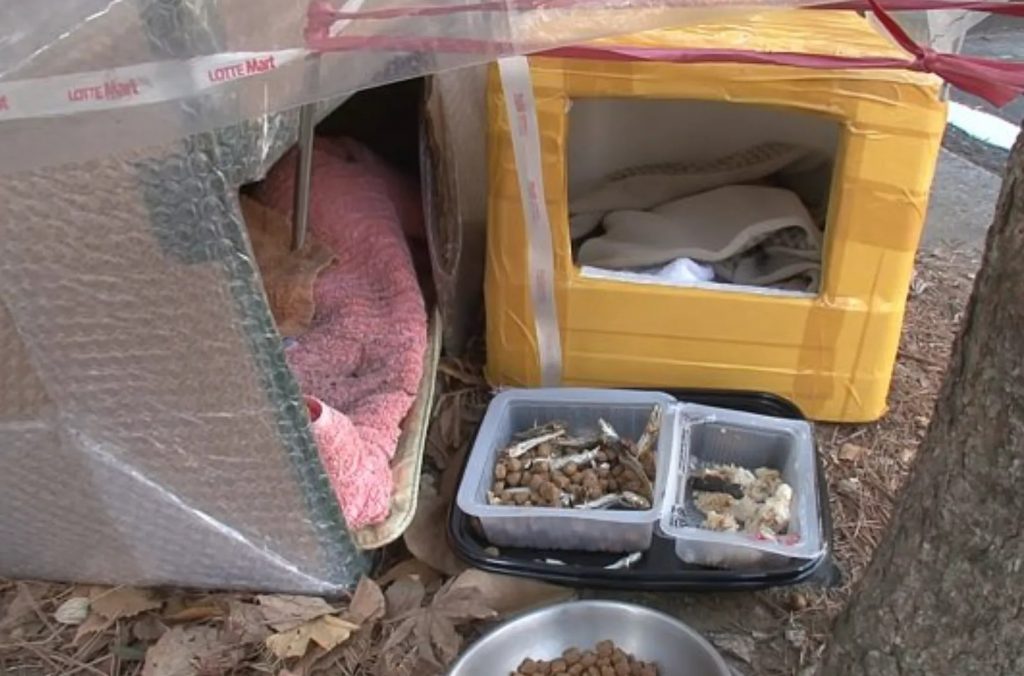 “They cuddle to keep each other warm when they sleep together at night,” said one of the neighbors. “Maybe they think they’ve been in the same situation since they met on the street. They know they are different, but they get along, they comfort each other.” 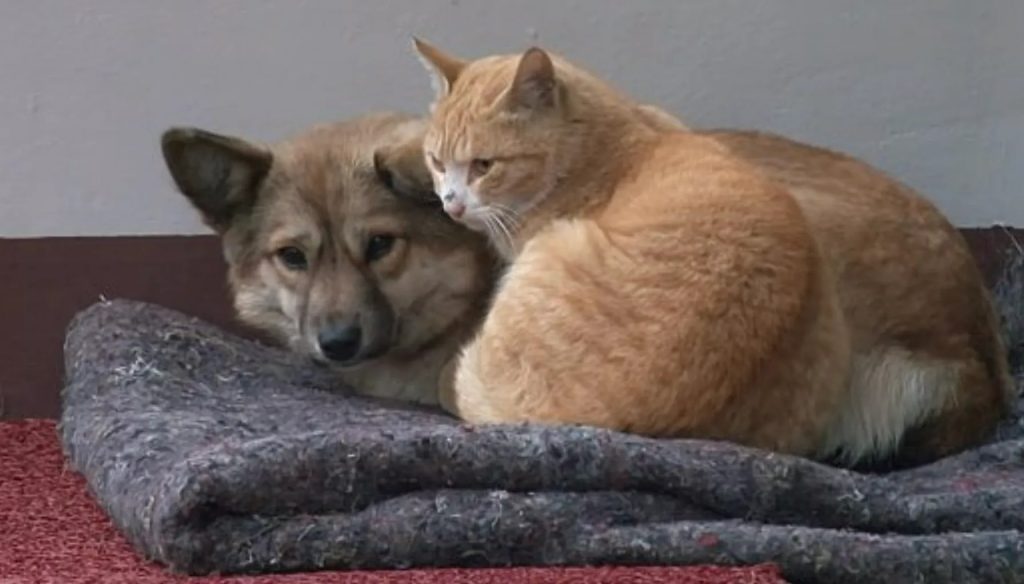 Even though everyone leaves food and water for them, people are afraid that they won’t hold up during the fast approaching winter. So they called a local rescue center, and the two were eventually taken to a shelter. But not until a vet has inspected them, to make sure they’re healthy. The stray cat, named Nyang, and her puppy friend, Meong, will stay there until a forever home is found for them.

Learn more about this inspiring story in the video below!