Didier Montalvo, a six-year-old Colombian boy, was born healthy and was no different from other children.

But something amazing happened that completely ruined her childhood.

The cub carried a huge shell growth on its back that enveloped it more and more.

The boy has a congenital melanocytic nevus due to a mole.

At first it was a small speck, but over time it grew to such an extent that it covered about 40% of its body.

At six years old, already with his shell, he looked like a turtle.

Didier could not go to school, nor play with children of his age, because because of the naive and superstitious inhabitants, the special child and his family were deprived of all contact.

They thought the boy was cursed, as he was conceived during an eclipse. 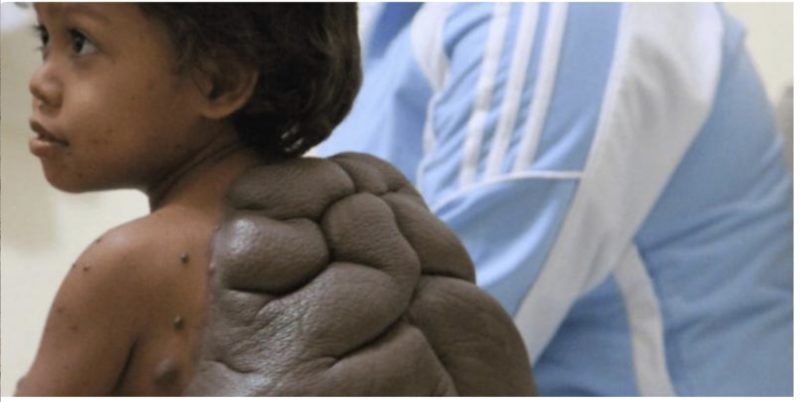 The boy said he wanted to grow, but the shell prevented him.

Her family did not have the financial means to pay for such an expensive surgery.

But luckily plastic surgeon Neil Bulstrode from London heard about the turtle-like boy. 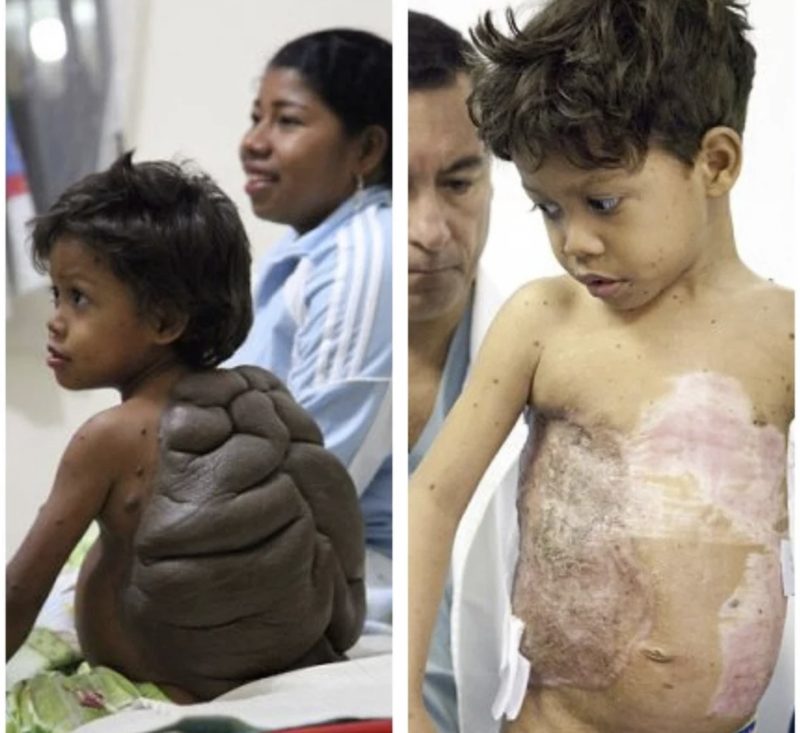 He looked into the case and said he could come to his aid by getting rid of this big unbearable shell.

With his team, the doctor flew to Bogotá to operate on the boy. 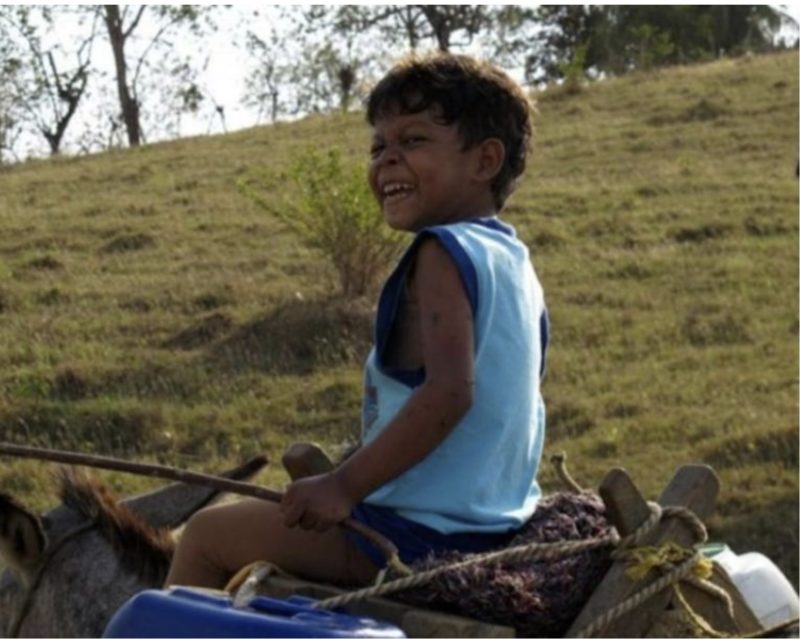 The boy had to undergo several operations. The surgeons managed to remove the huge shell and free Didier, restoring his health and his lost childhood.