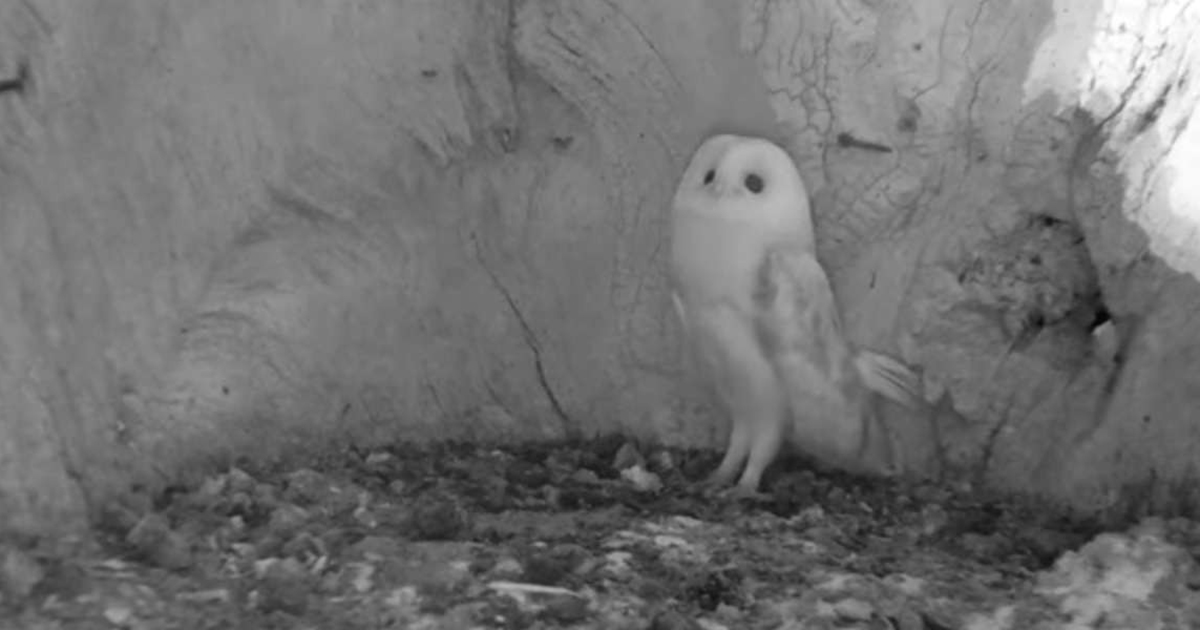 After being installed in a nest box equipped with a hidden camera, the owl and its family were observed by British artist Robert E. Fuller. Since then, Mr Fuller has closely watched each of the “first” newborn owls, including one that apparently scared the young bird.

This young owl experienced her first thunderstorm during a summer storm while she was alone in her nest. Here is a video of the scene. Don’t you want to cuddle him?

According to The Dodo magazine, “It was amazing to see this little owl so nervous. Barn owls have a much sharper sense of hearing than ours, so it would be very noisy for a chick. Thunderstorms are a phenomenon that almost all animals face and learn to overcome, even if they are scary at first. Fortunately, this little owl is no stranger to it. After that terrible night, he began to face the world and all that comes with it alone.