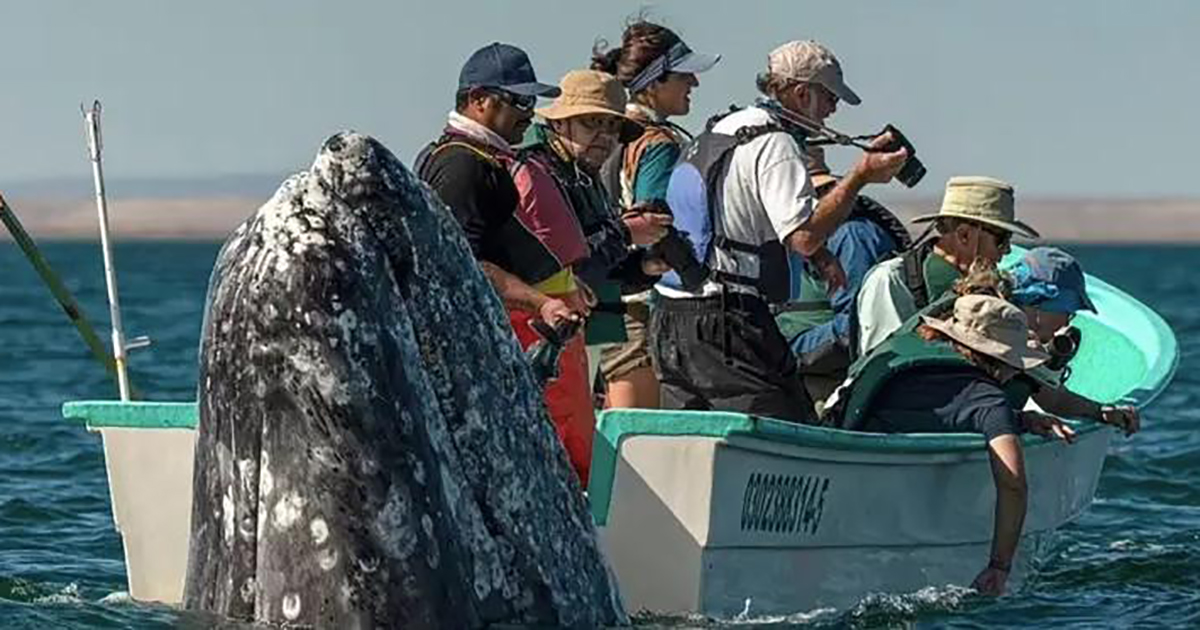 A group of whale watchers hoped to have a one-of-a-kind show, but were ridiculed by the huge whale they wanted to film.

Luckily, this hilarious moment was captured by director and photographer Eric J. Smith and it went viral!

Marine life enthusiasts waited patiently in their boat with their cameras, but they nearly missed the show as the huge whale decided to trick them. The group was off Baja California, Mexico, waiting for the chance of a lifetime, but they were all looking the wrong way when the whale looked up behind them.
Animal lovers were in luck as they turned their heads just in time to take adorable photos with the magnificent creature. 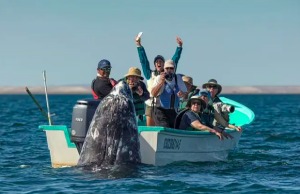 Just as she knew the onlookers had missed the first chance, the humpback whale offered them another glimpse of her. This time the moment was even celebrated by some of the whale watchers.

Photographer Eric Smith, who witnessed the scene, couldn’t believe his eyes. “She slowly and silently put her head above the water to look around,” the 49-year-old said. “When everyone turned around, she quickly sank below the surface. 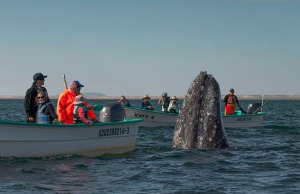 Cheers and hysterical laughter followed.
“I was in another boat a few blocks away and captured the moment just before everyone realized she was so close. Whale photography is a matter of luck, but the key is to always be alert and ready.”