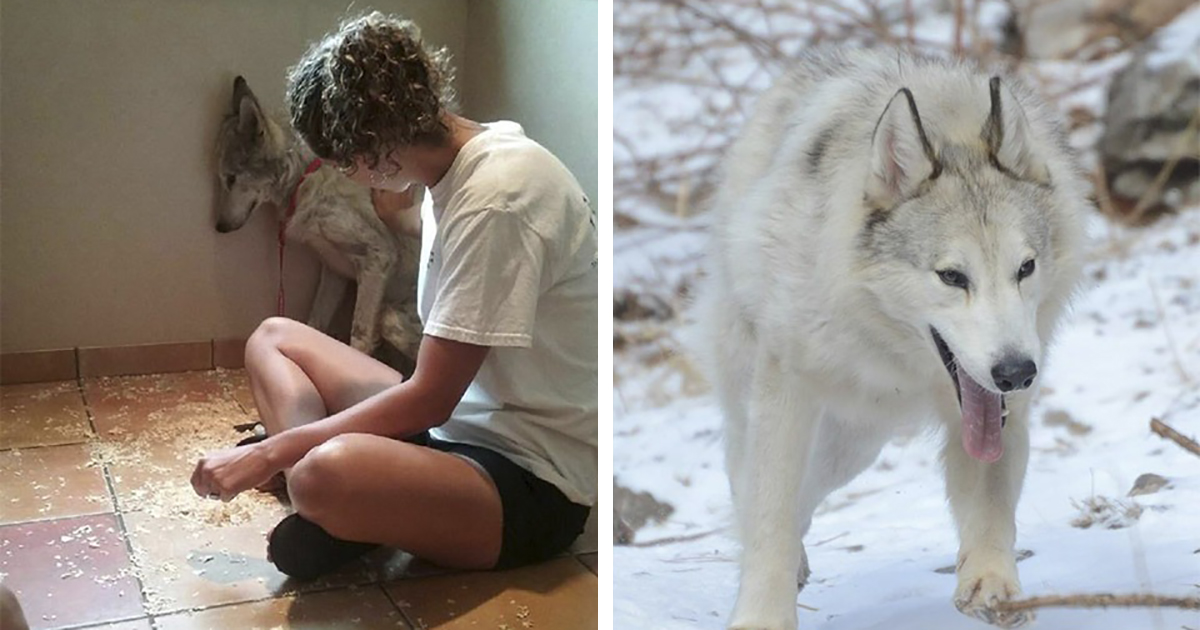 Castiel has no name, no place to live, no family, nothing. He is a “dog”, alone and lost in the suburbs of Los Angeles. It’s unknown if Castiel was previously a pet, but it’s clear he’s been alone for so long that he’s malnourished, infested with parasites, and has lost a lot of hair from mange.

Castiel was a one-year-old puppy who at first looked like a normal dog, but it soon became apparent that he was a wolf-dog mix. 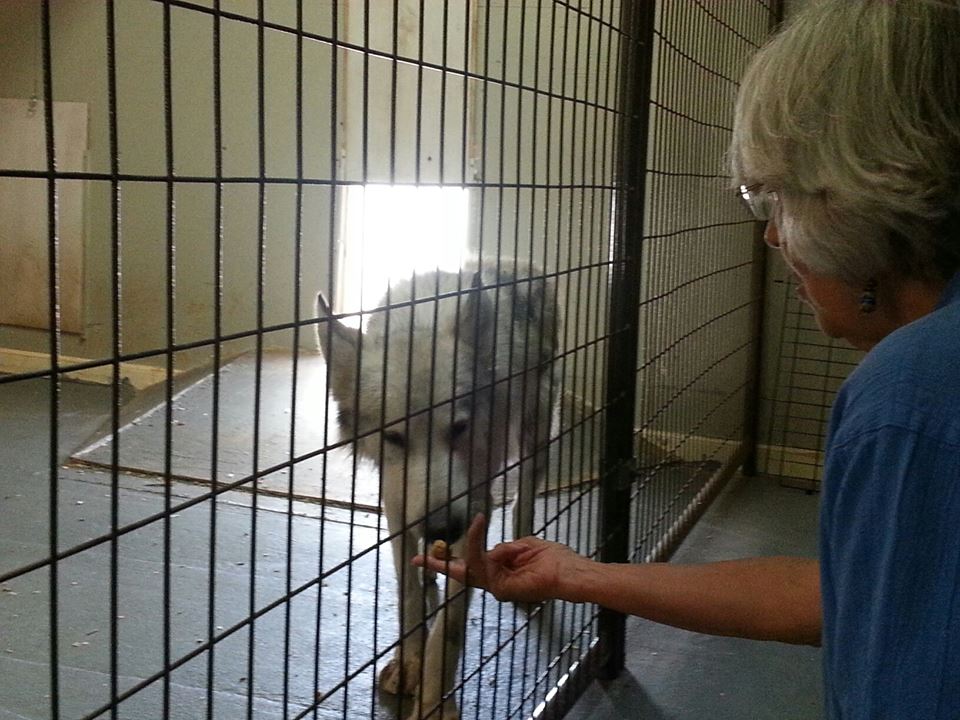 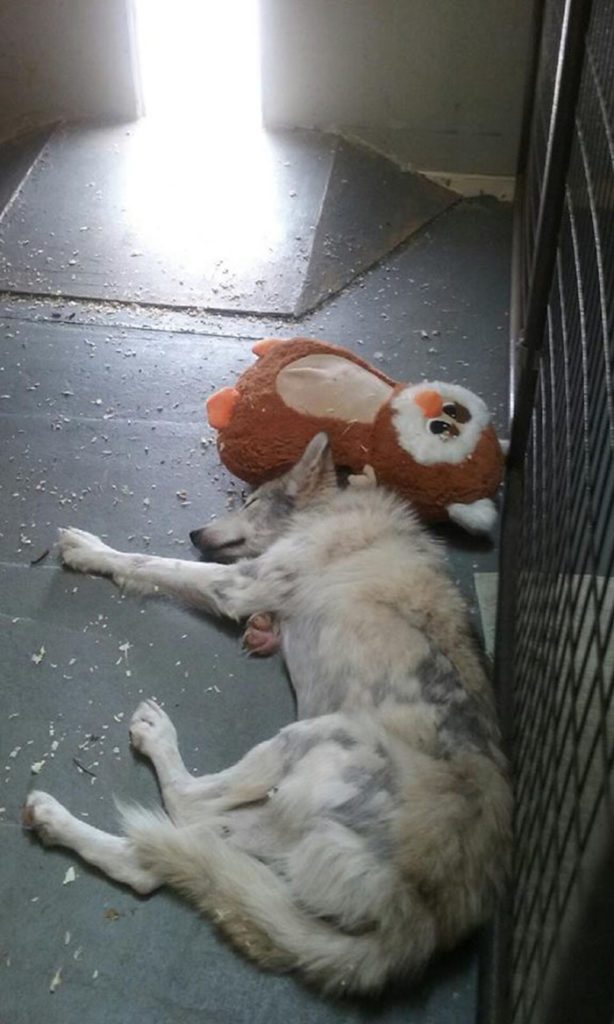 Castiel was lucky enough to be rescued by WOLF Sanctuary, a sanctuary for wolves and wolfdogs. 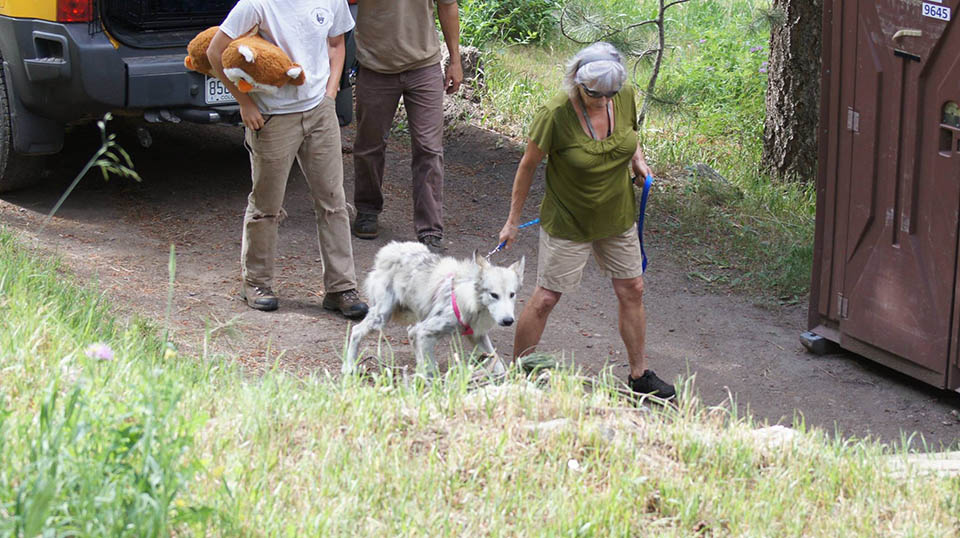 After a medical examination, Castiel was taken to an outside hospital where he was admitted until he was ready to join Sanctuary. 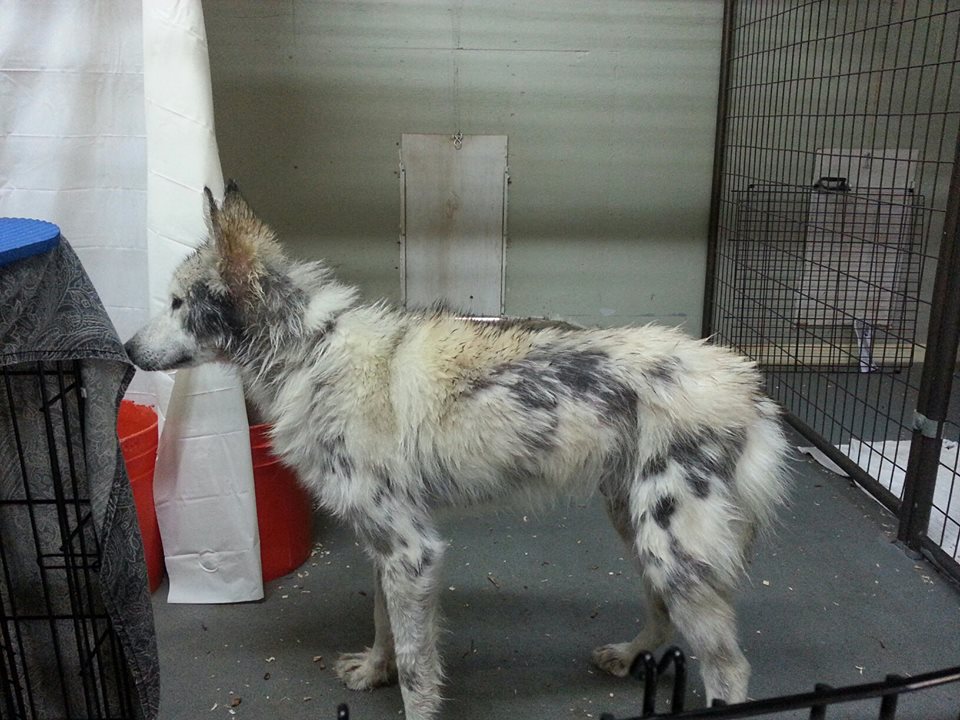 Castiel was extremely shy and fearful in his new surroundings, and the hospital staff were the first to notice this. He likes to hide in corners and avoid contact with people.