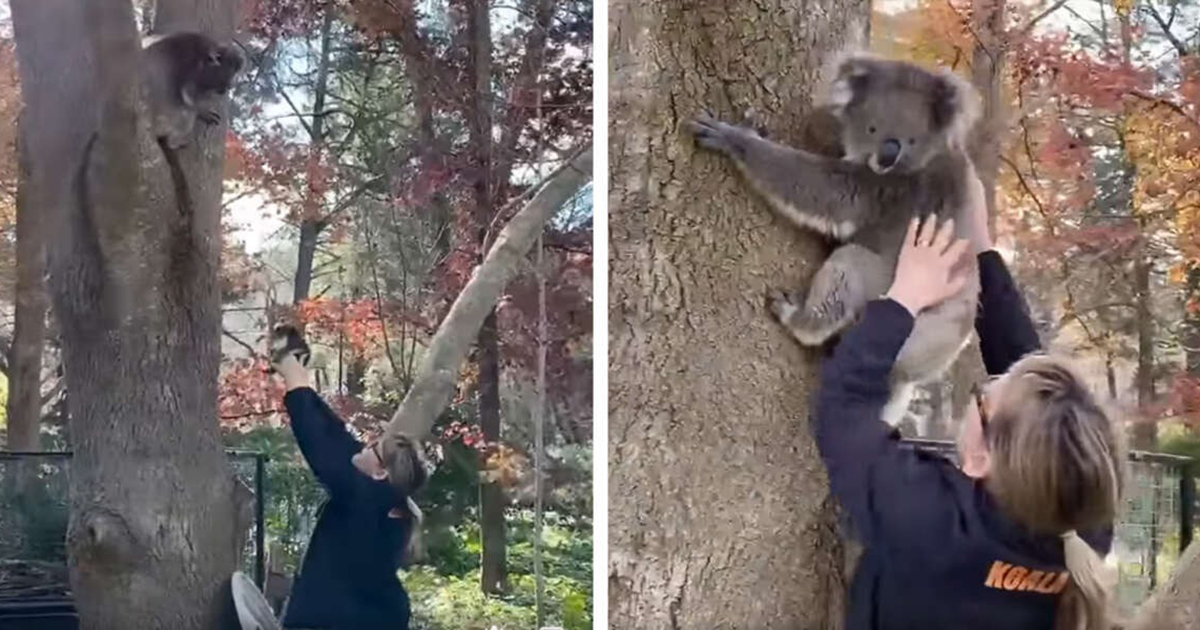 Earlier this week, Koala Rescue Australia volunteers received a call about a small baby who needed their help.

A baby koala, whom they nicknamed Norris, had fallen from a tree and been separated from his mother Fortunately, Norris was apparently uninjured in his fall, but he needed help to find his square.

The baby koala’s mother watched from the tree as a rescuer picked up Norris. She seemed reluctant to come down herself, so it was decided that they would bring the baby to her.

But there was a change of plan.

“While waiting for our climbing team member, our volunteer decided to try something rather magical,” writes Koala Rescue. “She held little Norris up so his mum could see him, and she growled and growled and he called his mum downstairs!”

Here is the moment in video:

The mother koala lowered herself down the tree just enough for Norris to be placed on her back – and with that, the pair were reunited.

“With years and years of experience, and after bringing together many moms and babies, our very own koala whisperer was able to bring together this special pair,” Koala Rescue wrote. “It was wonderful to catch this incredible scene on video”.