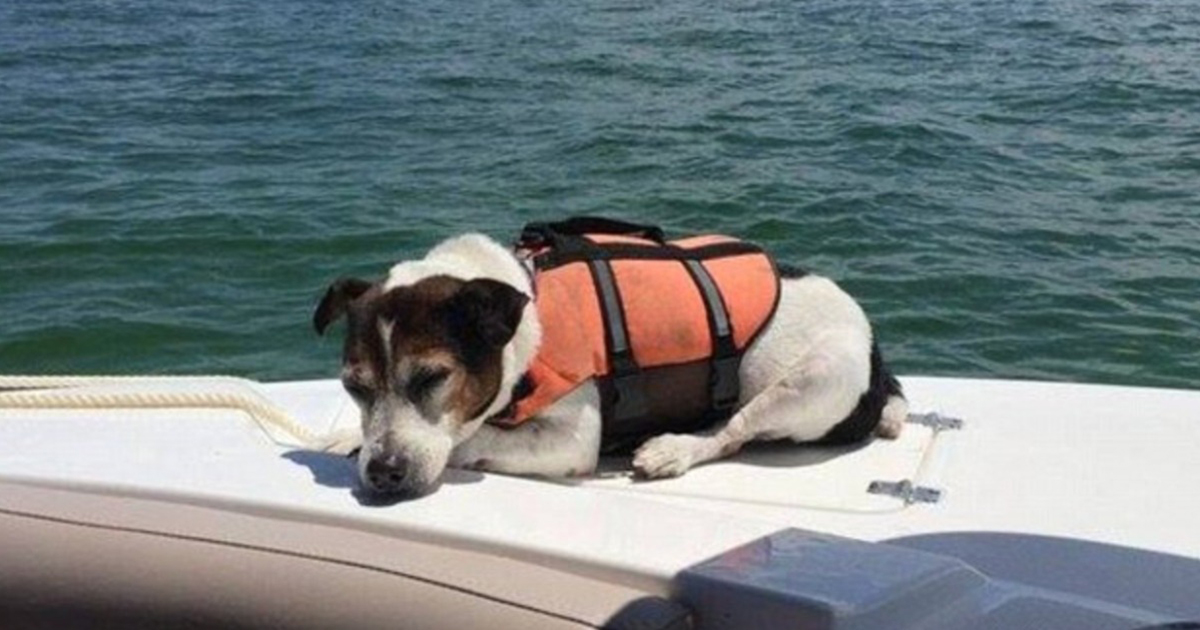 A small dog has miraculously survived after falling overboard from a boat in the Gulf of Mexico. The pup – a Jack Terrier named Jagermeister – wore a life jacket that kept him afloat for almost three hours. But just when he thought it was over, a few boaters spotted the exhausted dog and rescued him!

The little Jagermeister got a second chance thanks to Bruce Knecht, who initially scouted him. Bruce, his wife Robin and another couple – friends of theirs – took a boat trip to celebrate a birthday. While off Hernando Beach, the boaters spotted something in the water and as they approached they realized it was a helpless pup struggling to keep your head afloat.

“At first I thought it was a buoy floating in the water,” Bruce said. “Then I said, ‘Oh my God. I saw two brown eyes and almost thought it was a child and instantly turned around and walked towards the dog.

When they realized there was a dog in need, the kind people rushed to save him. The little pup seemed happier than ever seeing these strangers heading towards him! “As soon as he saw the bow of the boat coming he started paddling as fast as he could towards us and I just leaned over and picked him up,” Bruce said.

After dragging Jagermeister to safety on the boat, Michael Shawn’s wife, Sahr (the other couple) called the US Coast Guard. They were already looking for the dog, after his owner told them he had been lost at sea. The Jack Terrier eventually found his master – who couldn’t believe his eyes when he saw Jagermeister, because he thought that he was gone forever – later that day and his rescuers were all able to witness the heartwarming moment.

“It was wonderful,” Bruce’s wife said. “The dog started licking his master’s face. We all had tears in our eyes”. 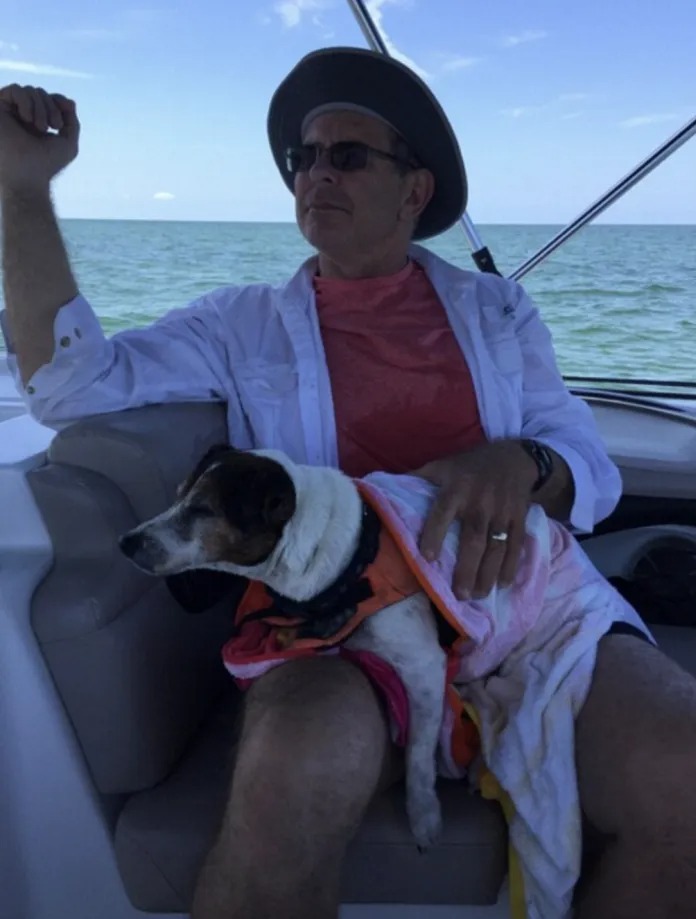 If it weren’t for these caring people, this reunion would not have been possible. But on the other hand, wearing a life jacket also saved the dog’s life, and all the credit goes to its owner!

“He had tears,” Sahr said. He said, “I had given up. I searched as long as I could, but we didn’t see him, and we thought we had lost him”.

Learn more about this miraculous rescue in the video below!