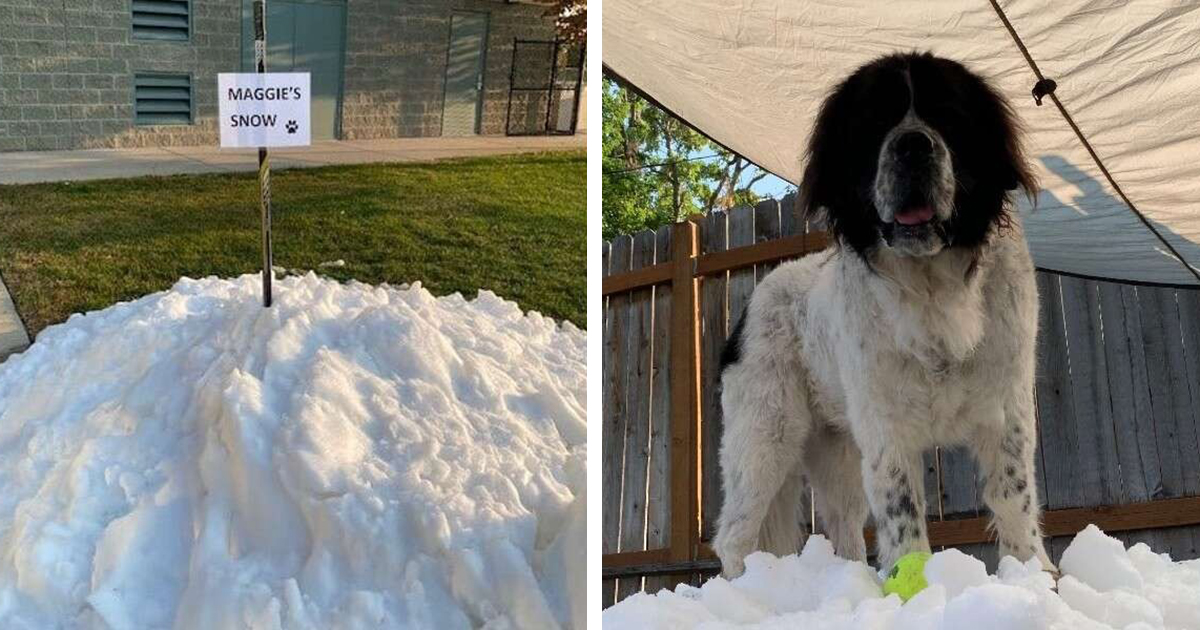 Maggie was born to live in the snow. This cross of Saint Bernard and Newfoundland has been looking for the coldest place in the household since she was a puppy. Elijah, Maggie’s father, says: ‘When she was little she liked to lie on the mat or on the concrete in the basement. It was always more comfortable in the middle of winter.”

And when Maggie saw snow for the first time, it was a discovery. “She was a 120 pound dog and she was sliding through the snow with her body on her back.” said Marianna Wilson, Maggie’s mother. It’s wonderful to see the joy of the dogs in the snow.” 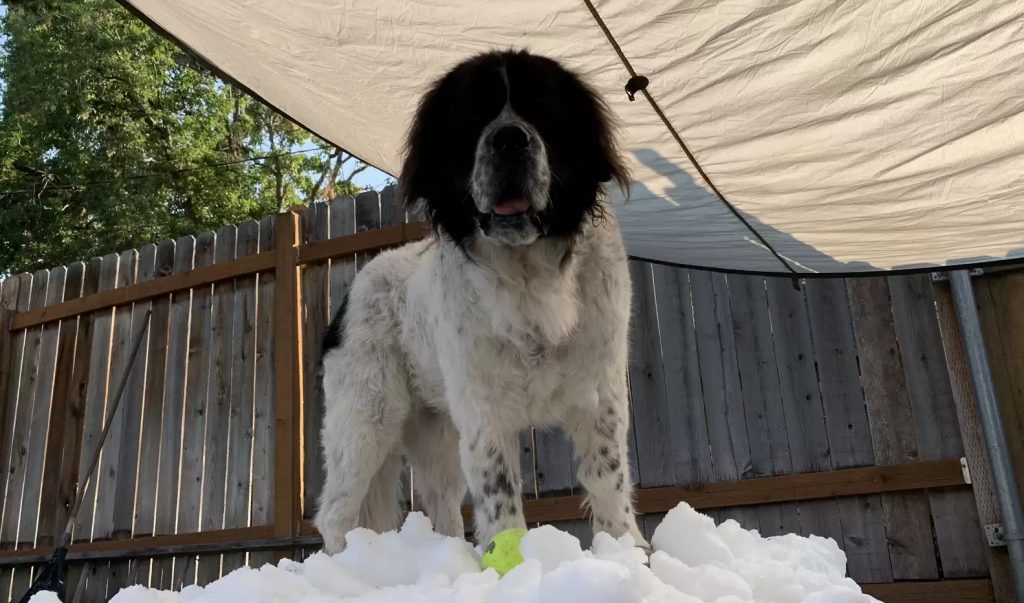 So when Maggie found out she had cancer in July, her parents started planning how to make the most of the time they had left to live. Salzgeber and Wilson love the outdoors, and Maggie has taken on all sorts of adventure projects over the past decade. A keen hiker, she skis in the winter and uses her mother’s surf map in the summer. 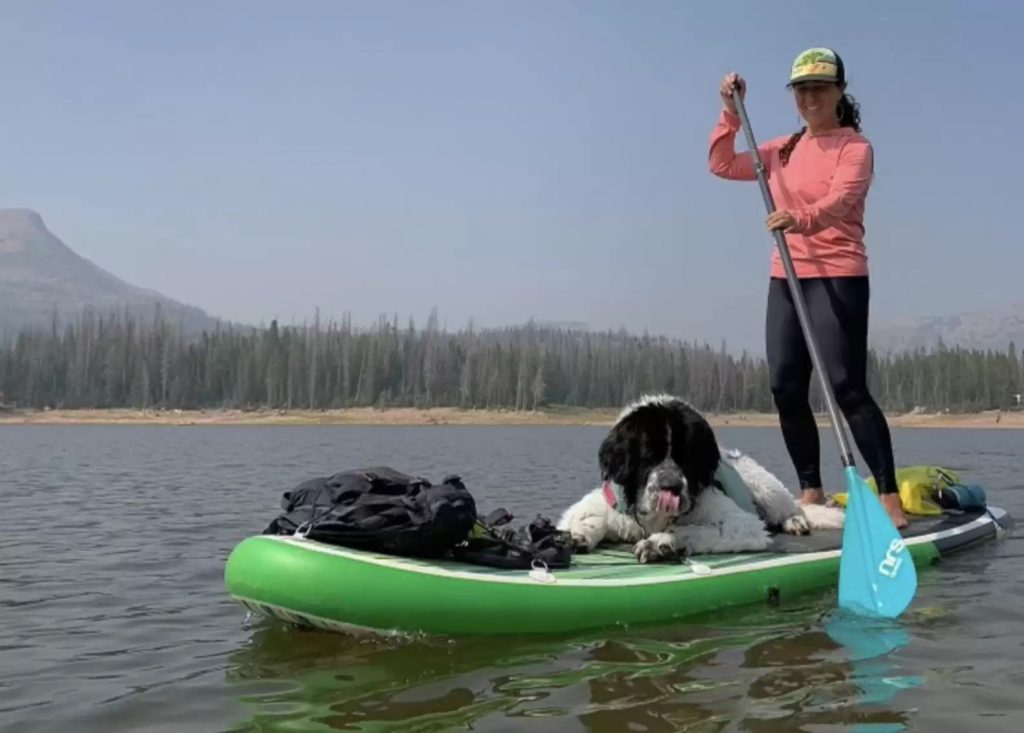 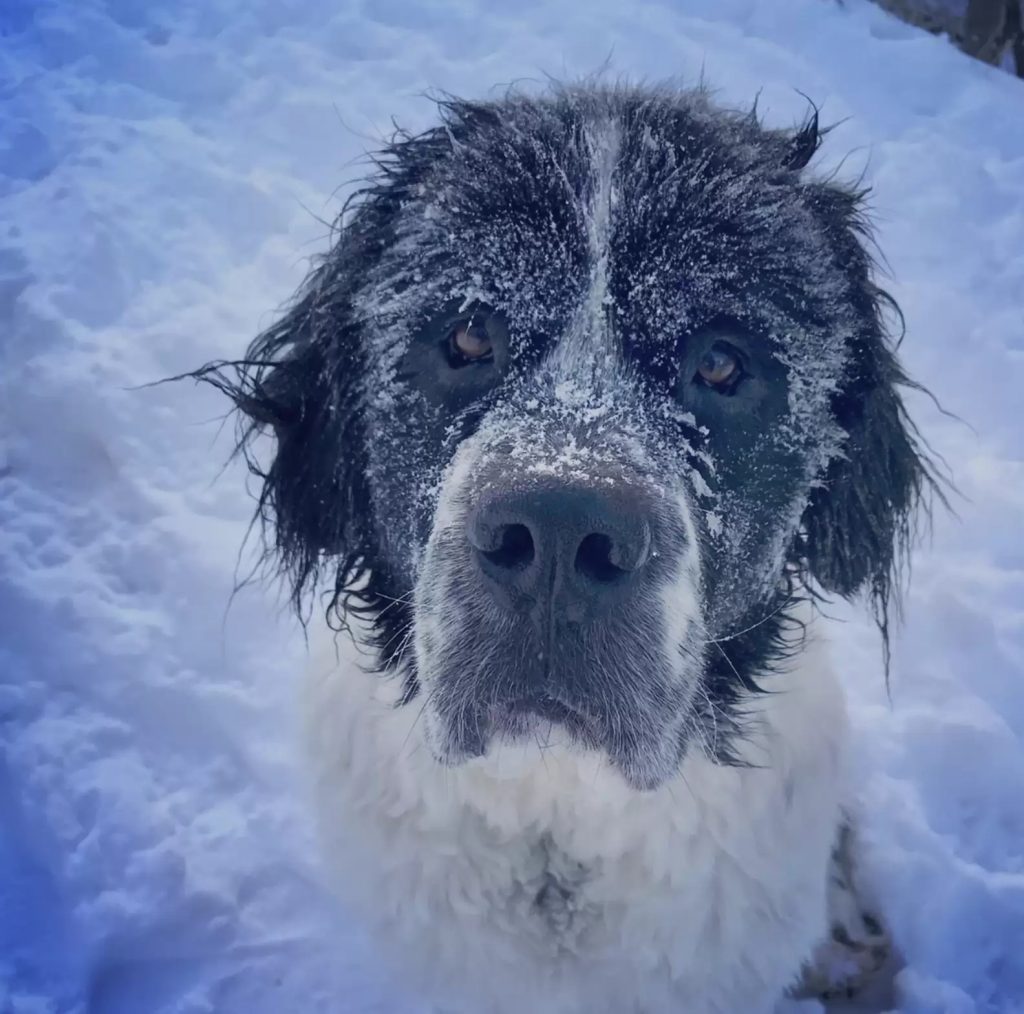 As they say goodbye, the family has planned one last camping trip with Maggie. However, the parents felt that something was missing: there was not enough snow. 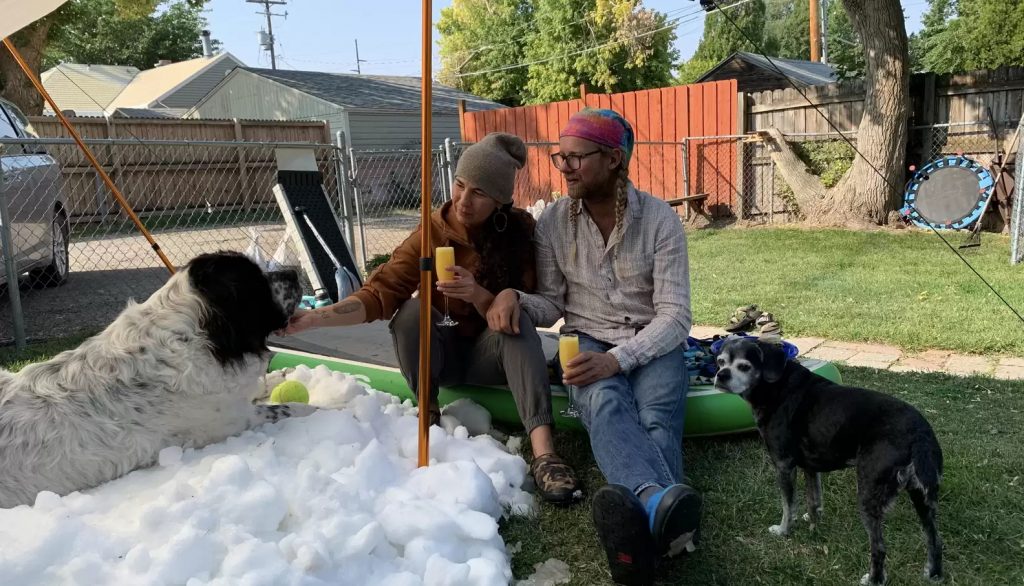 We received responses from thousands of people and suggestions from hundreds of people,” says Salzgaber. Many people have offered to bring their personal ice cream maker and organize a snow party. 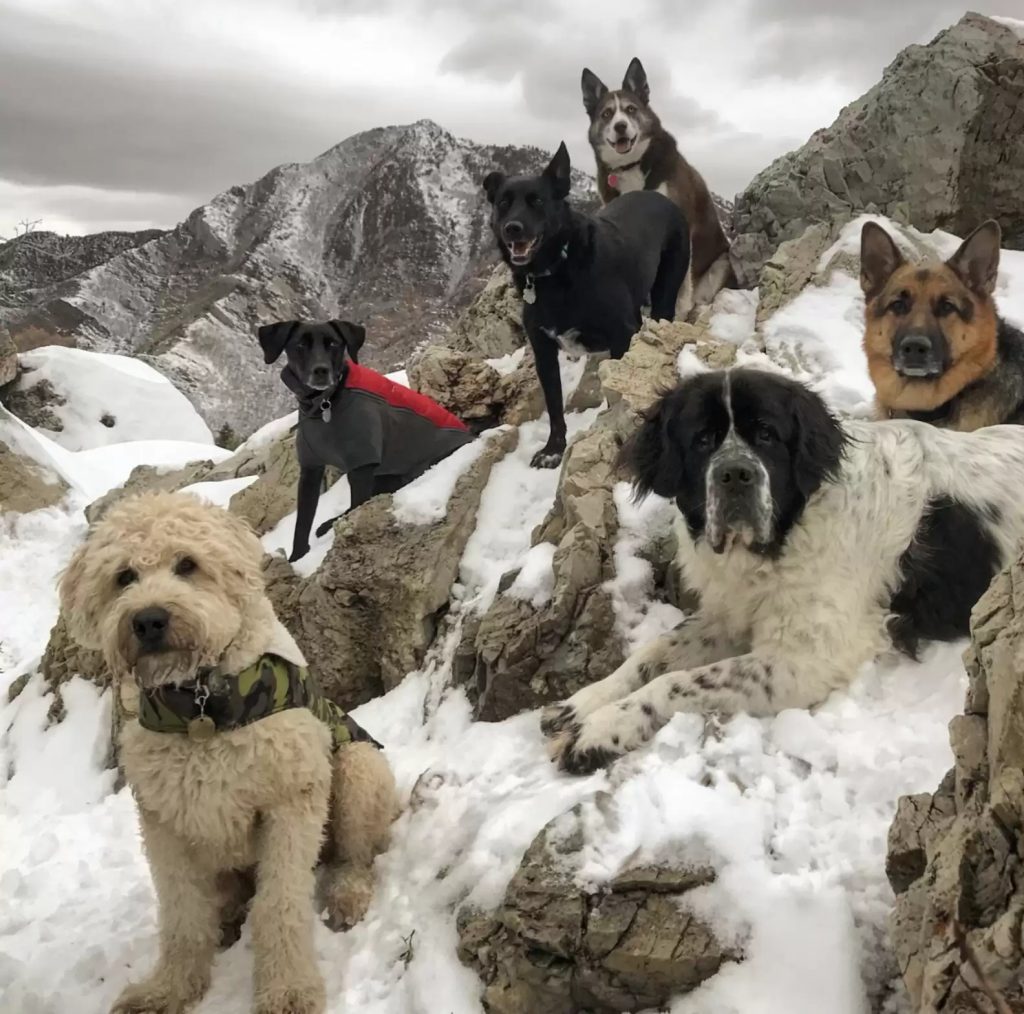 A woman offered to help us break the ice with a hammer. Several restaurants, cafes and coffee shops have offered to empty all ice from their freezers. It was great. 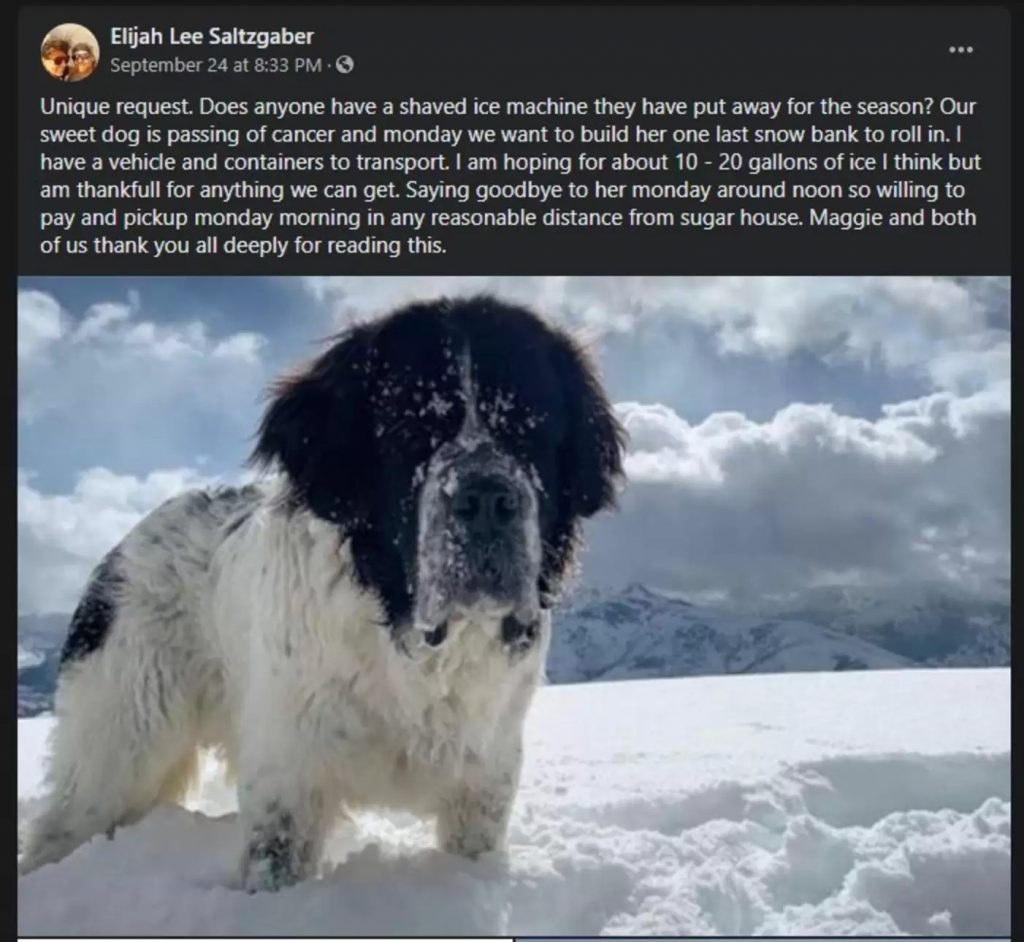 “She didn’t know what to do, so I took some and showed her and she continued.” said Wilson. I took the contents of the van to the corner of the back garden where I had set up a parasol canopy, Maggie wasn’t warm yet so I took her out a bit, threw a ball that squeak in and the game was on. As usual, she jumped and buried the ball and rested on a pile of snow, looking very comfortable and calm. 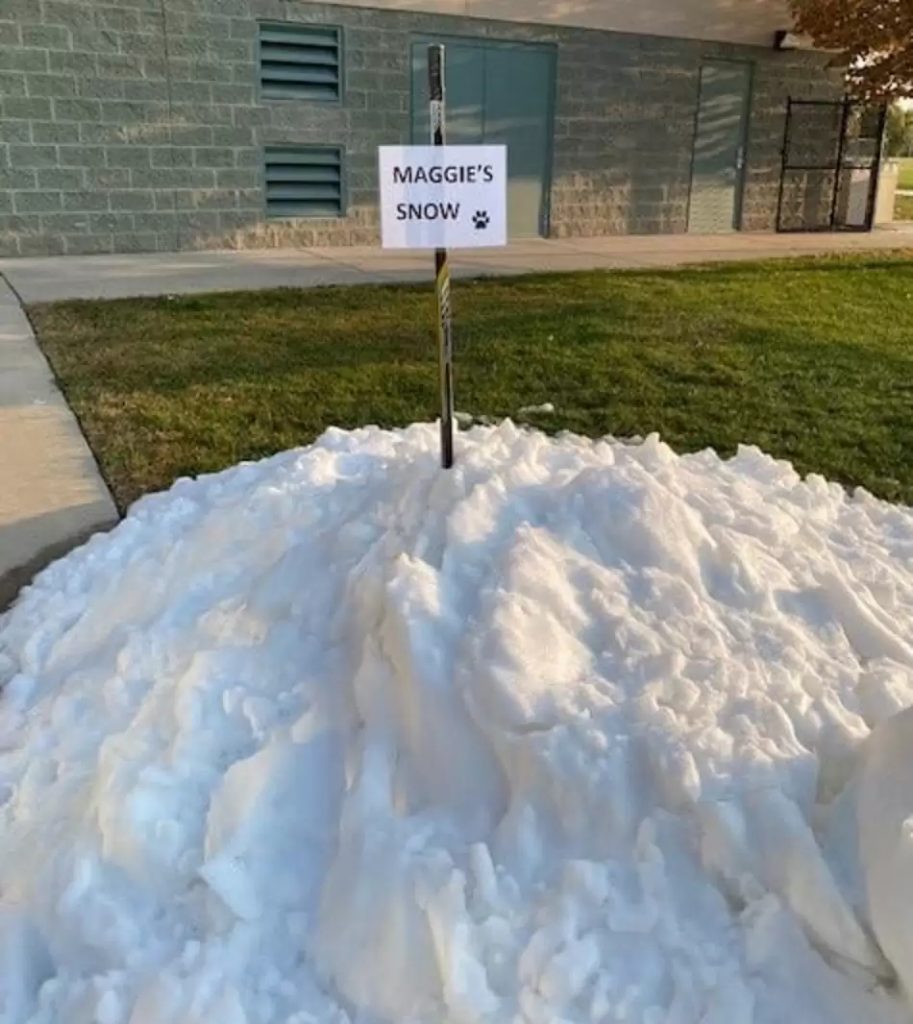 “It was very helpful.” He also added. Maggie snored on the pile of snow for 20 minutes. 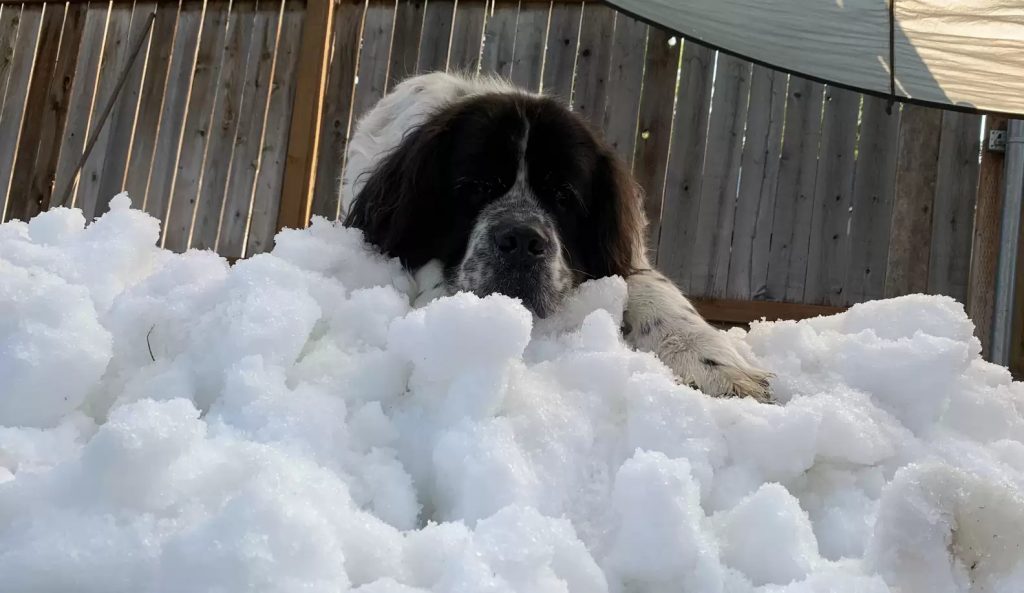 When Maggie woke up from a nap in the snow, a woman in amorous attire arrived. Maggie’s parents weren’t expecting her.