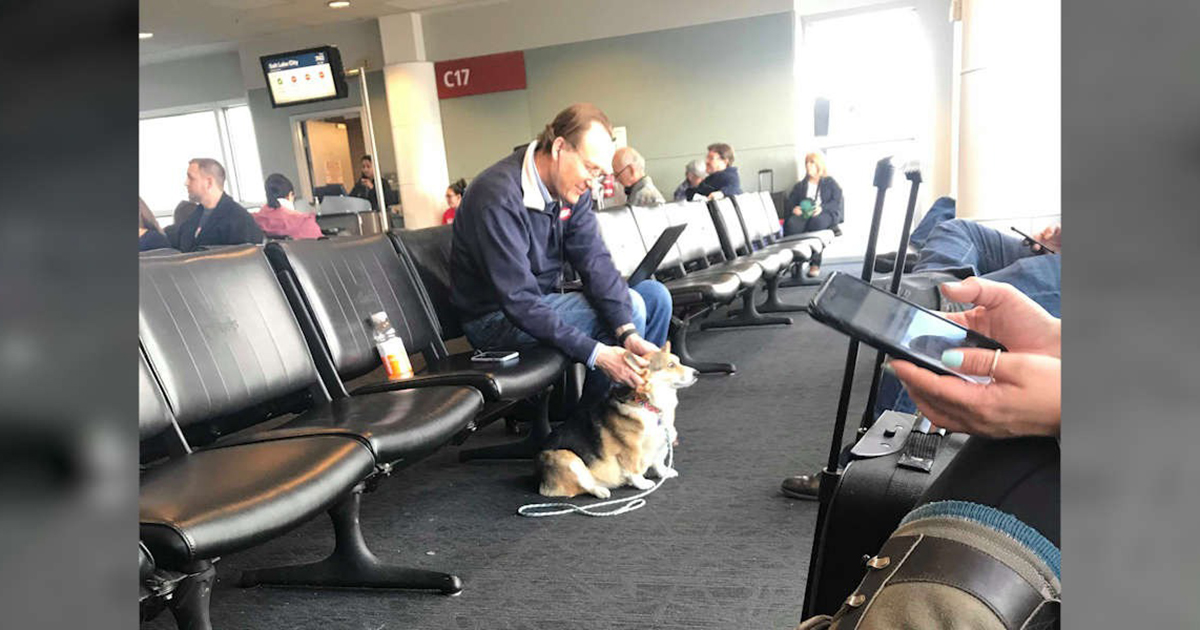 Cora the corgi has had a very difficult life. The dog had been used for herding all her life, and she had had countless litters. She also has many other health issues, but she has never been taken to the vet.

Just before her eighth birthday, Cora was finally rescued from this neglectful home.

Cora was brought to an animal shelter in Idaho, and there she met Madison Palm. The 23-year-old dog lover was originally only going to feed Cora, but she fell in love with her. Palm officially adopted Cora just in time for her eighth birthday.

That year, the dog who had known very little love in her life received her first birthday cake! 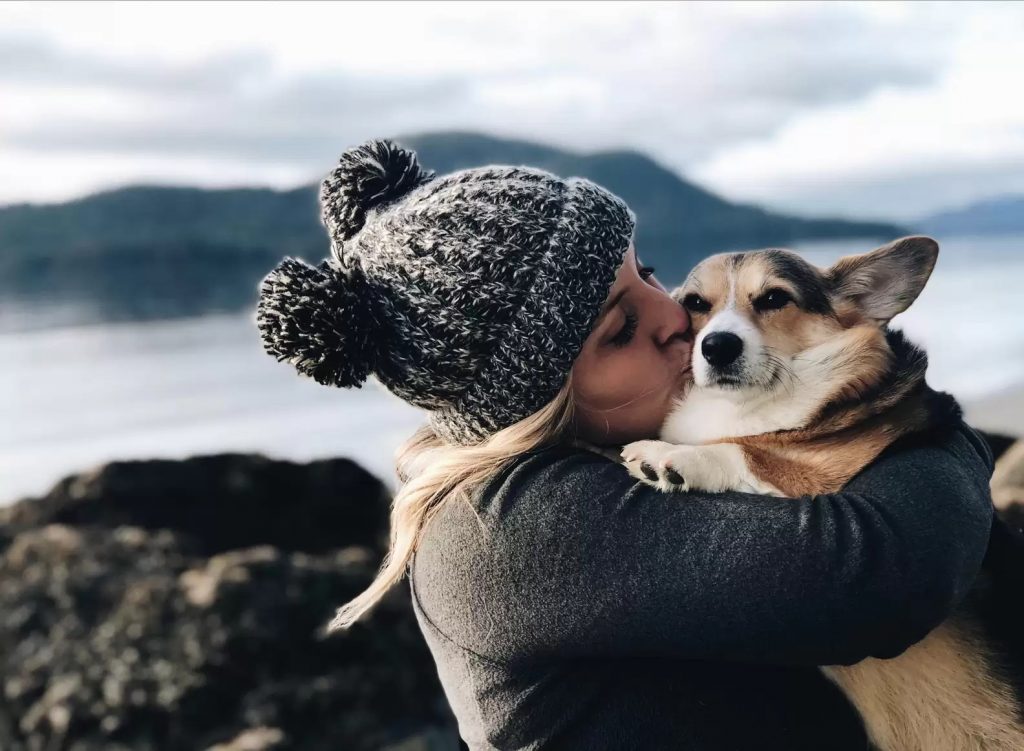 Even though Cora has been through so much, she is still the sweetest dog. She loves cuddling with people and she’s amazing at knowing when someone needs comforting. Because of this, Palm decided to train her as a therapy dog.

“Cora’s personality is so amazing; she’s a lover,” Palm told The Dodo. “She’s always right next to me and always keeping a watchful eye if she’s not. If I’m not available, she’ll pick the next closest lap to sit on and nudge your hand unless you stroke her at any time. 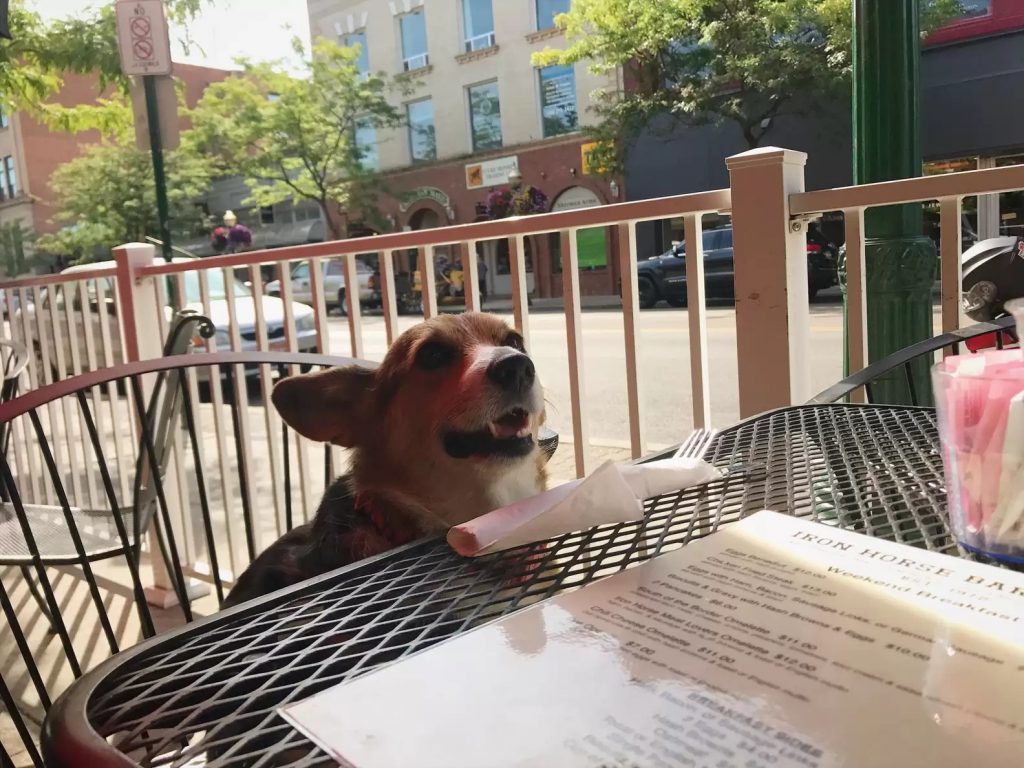 In February 2018, Palm decided to take Cora to visit her mother in Alaska. While they were at the Seattle airport, something amazing happened.
Palm let Cora out of her carrier to stretch her legs. Palm held Cora’s leash until she fell asleep. Then Palm thought it would be safe to drop the leash for a while – Cora usually didn’t leave Palm’s side. But to Palm’s surprise, Cora woke up and walked over to a distraught man who was sitting alone across from Palm. 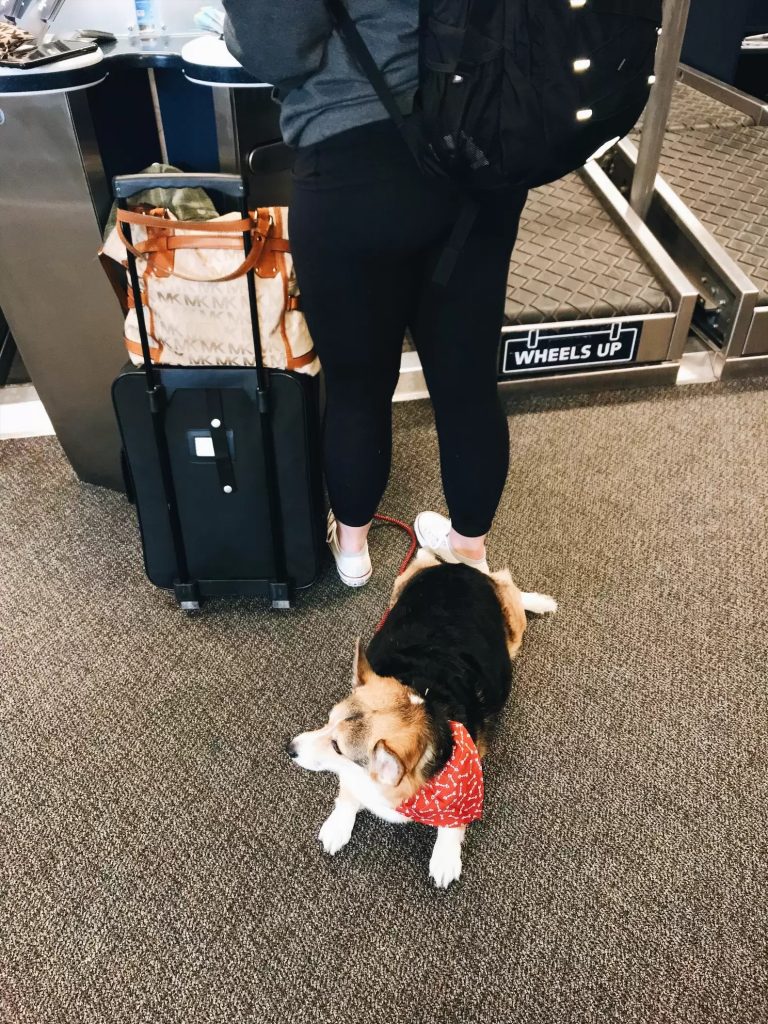 Palm asked the man if Cora was bothering him, but he shook his head. With watery eyes, he told Palm that he had lost his dog the night before. The man scratched Cora’s ears, and she remained perfectly still, letting him stroke her. Cora seemed to sense that this man needed her.

Palm shared this heartwarming story with the Disapproving Corgis Facebook group. It quickly went viral – everyone marveled at Cora’s massive heart.
“She knows who is hurting and she knows who needs her. I never questioned that,” Palm said. “I am blown away by her on a daily basis. Who knew a dog that hadn’t been loved for seven and a half years could have so much love to give? 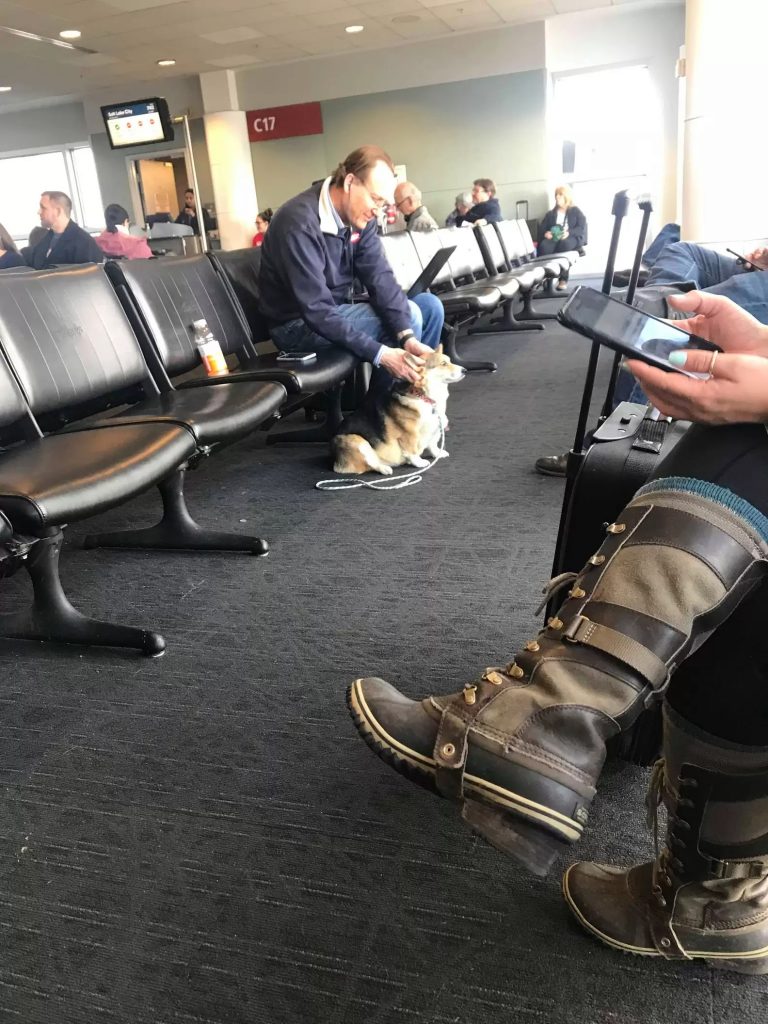 After Cora’s story went viral, she did an on-camera interview with her local news station in Coeur d’Alene, Idaho. During the interview, she had to take a break to show the cameraman some love!

Even though Cora is now one of Idaho’s best-known corgis, she hasn’t let fame get to her head. The sweet dog still loves nothing more than cuddling Palm or going on adventures with her. She also enjoys spending time with her brother, another corgi named Stu. 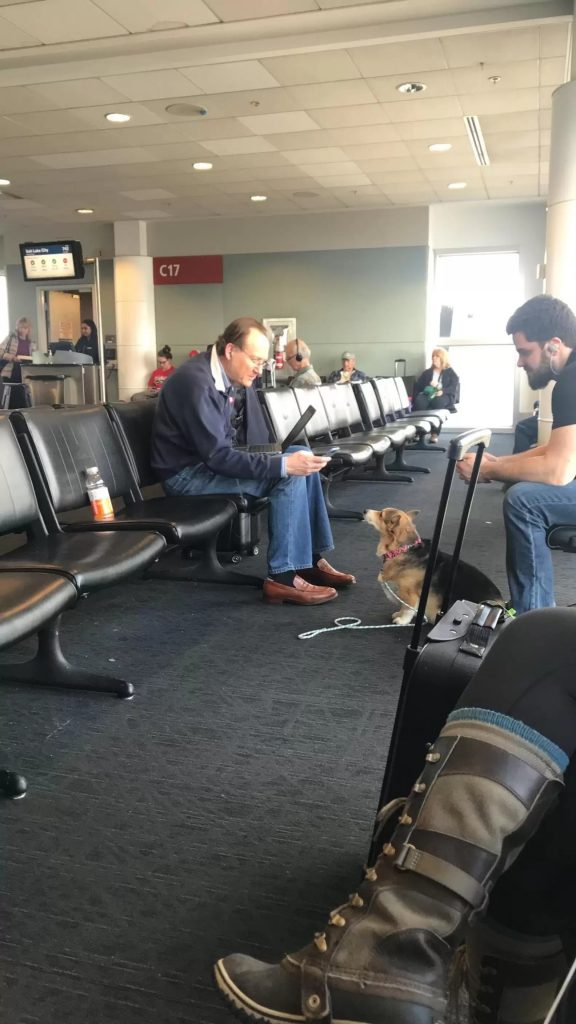 Cora is now working on completing her therapy dog ​​training, and it’s clear she has what it takes to be a great therapy dog! This kind-hearted pup has tons of love to give.